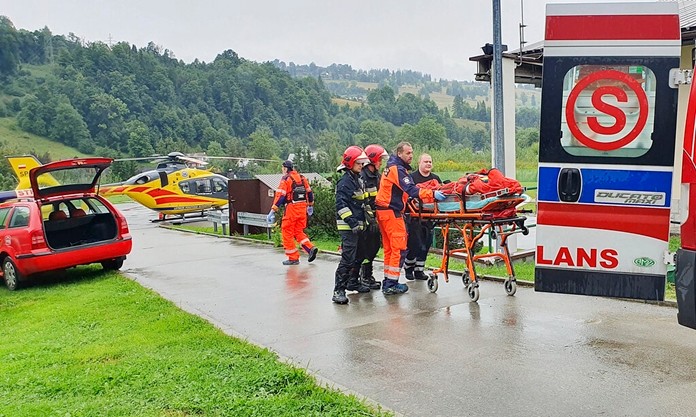 A Polish emergency official on Friday likened the deadly lightning storm over the Tatra Mountains that killed at least five people and injured more than 150 to a terror attack in terms of the number of casualties and some of the wounds.

Survivors described horrific scenes in which climbers were blown off slopes, suffered severe trauma injuries after being hit by rocks or couldn’t move in the initial aftermath of multiple lightning strikes that hit the Giewont peak and other locations in the Tatras on Thursday.

Polish authorities say that all people who were reported missing have been found safe over the course of Friday.

The thunderstorm, which witnesses said came suddenly on a day that began with clear weather, produced an unimaginable emergency in the popular trekking region, said Jan Krzysztof, head of the TOPR Tatra emergency service.

“This is a situation that can be compared to a terrorist attack,” Krzysztof said. “A large group of random people has been hit. Many people, including children. Burnt, with broken legs, wounds all over their bodies.”

Local prosecutors have opened an investigation to determine if anyone was responsible for allowing a situation in which lives were lost.  Authorities in the Tatra resort town of Zakopane announced three days of mourning and all entertainment events were canceled.

Survivors described scenes of people falling off the slopes or being hit by rocks split by lightning strikes.

Mariusz Brodzinski, who was on his first trip to the Tatras with his wife, said he saw a young woman who was walking in front of his wife on the Giewont mountain suddenly fall off the slope after lightning struck the metal chains they were holding on to.

“This woman is dead,” Brodzinski told Polish broadcaster TVN24. “My wife slid and suffered a fractured pelvis and injured head. I have a burnt foot. It felt like it was scorching.”

He said that for 15 minutes after the strike his hands felt numb and he had no strength to get to his wife. It was over an hour before the first helicopter came, he said.

“We were some six, seven meters (yards) from a crevasse,” he said.

“We are grateful to God that we survived,” Brodzinski said. “It was our first trip into the mountains and was supposed to be unforgettable. And it sure will be.”

Another survivor, Robert Wojcik, told TVN24 he could see rocks flying after lighting struck near him.

“I was hit be one of the rocks and I could feel electric current run through my arm” as he was touching the rocky slope.

“I have three stitches on my head but that is peanuts compared to the others,” Wojcik said.

Rescuers early Friday were checking the slopes of the popular Giewont limestone peak, which rises 1,894 meters (6,214 feet) high, for the people who didn’t return to their accommodations following the storm and couldn’t be reached by their families, but all of them have been located, Krzysztof said.

Officials said the lightning storm killed four people in Poland, including two children, aged 10 and 14, and two women, and a Czech tourist in neighboring Slovakia. Polish tabloid Fakt reported that the children were brother and sister.

In addition, more than 150 people caught in the storm were treated for burns, fractures and heart problems at the hospital in Zakopane. Officials said 34 people remained hospitalized Friday in Zakopane, Krakow and other locations.

Among them were three teenagers aged between 11 and 16 who suffered serious burns. Nobody was in life-threatening condition, according to hospital officials.

Krzysztof said it was a “disaster on the Giewont” and that the major mountain rescue operation that involved five helicopters and about 180 rescuers and firefighters “went beyond” any scenario that his team had ever faced.

But rescuers also said that many people ignored the signs of the approaching storm and continued up the peak, instead of hurrying down to safety. They appealed to tourists to pay more attention to weather forecasts and conditions. The trails to Giewont have been closed indefinitely.

The Tatras, part of the Carpathian mountain range, are the highest mountains in Poland and in Slovakia and attract tourists from near and far with scenic lakes and peaks that soar to 2,655 meters (8,710 feet). Giewont is a highly frequented destination, often with long lines waiting to get to the top, but the metal chains that were installed there to aid the climbers and a huge metal cross atop attract lighting, making it very dangerous during thunderstorms.

The deadly storm raised a debate on social media on whether the 15-meter (50 feet) cross installed in 1901 by residents of the deeply Catholic region should be removed. Krzysztof argued that lightning struck other places and that many people climb up especially to reach the cross.

Thursday’s lightning strikes were the worst tragedy in the Tatras since August 1937, when lighting killed four people on Giewont. 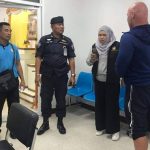 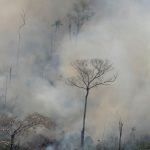