A deadline day of September 30th has been set for people still wishing to pay their respects to the Royal urn before cremation ceremonies start to proceed.

THE ROYAL HOUSEHOLD Bureau will allow people to pay their respects to HM the late King Bhumibol Adulyadej before his Royal Urn inside the Dusit Maha Prasat Throne Hall only until the end of this month.

The bureau announced the decision yesterday, citing the need to prepare for the Royal Cremation Ceremonies that will be held next month.

Reigning over Thailand for seven full decades, the late monarch earned the love and reverence of his people.

He passed away in his 89th year on October 13, 2016. Since the Dusit Maha Prasat Throne Hall opened its door to mourners on October 28 last year, about 10.6 million people have entered the structure to prostrate before the Royal Urn.

The late King was looked up to as a figure above humans, but not quite “god-like” to the Thais living here and abroad.

Preparation for the official cremation will start early next month, with the actual events taking place between September 25th until September 30th.

As a reminder, all bar and nightlife activity will be strictly closed down and no alcohol is to be sold throughout the country as a mark of respect. 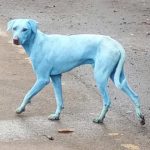