An unidentified man has been found dead after his body, stuffed in a suitcase, was washed ashore by rapids along the Ping River yesterday.

Divers were also searching for what could be another suitcase as a witness said they heard somebody dumping two heavy objects into the river on Monday.

Police said yesterday they have yet to conclude whether the victim had been killed before being put into the case.

The man’s ankles were tied with plastic cable and his right arm was fastened to his body with a red cord. Police do not know his nationality, only identifying him as a 40-year-old man of Asian ethnicity with short hair and a fair complexion.

The body was found by villagers living near an islet in the middle of a section of the Ping River in Moo 8 of Tha Mai Daeng village in Muang district.

Local resident Suthon Thapthan said his nephew, who was fishing, saw the case first and called him over to open it.

“I was scared when I saw what was inside,” Mr Suthon said, recalling the sight of the corpse after he broke open the bag with a hook knife.

A village head immediately checked the number of residents in the neighbourhood but found nobody missing.

There had also been no missing persons complaints lodged with local police.

Earlier on Monday a car reportedly drove to a bridge located some 500 metres from the rapids. Two men got out and dumped what were described by a witness as “heavy objects” in the river.

Divers are searching for the other object, as they seek to gather more clues in the case, while investigators are checking footage from security cameras on routes to and from the bridge to identify the car. 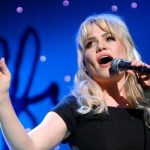 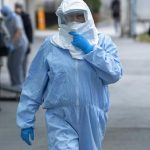