A father who allegedly impregnated his daughter before injecting her with alcohol to force a miscarriage has been arrested, according to police.

Pol Capt Pattanapongpan Bussabong, an investigator with Provincial Police Region 5, identified the suspect as a 38-year-old native of tambon Umong in Muang district.

On Tuesday his 18-year-old daughter lodged a criminal complaint against him at the provincial police station.

She alleged that he repeatedly raped her over the course of nine years and injected alcohol into her in January, which resulted in a miscarriage.

Pol Capt Pattanapongpan said the alleged victim told a child-welfare foundation on Monday what happened before filing the complaint.

According to police, the father began assaulting his daughter when she was in Grade 4, noting he was imprisoned for four years in 2012 for assaulting other victims.

They said after he was released, he continued raping the victim many times until she fell pregnant in August last year.

According to police, the suspect beat his wife who later divorced him and remarried.

The victim tried to get away from her father by visiting her mother, but he began threatening to kill his daughter, ex-wife and ex-wife’s husband if the victim did not return home.

Police said that is when she sought help from law enforcement.

An arrest warrant for the father was obtained and police launched a manhunt for the suspect, who went into hiding.

Police said the man later turned himself in. He was charged with raping a minor, an allegation denied by the suspect. 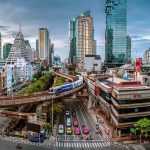 Security agencies are wanting another month extention on emergency decree 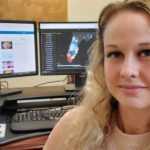