PUTRAJAYA: A housewife who was mistaken as a Datin by the media, has been released on bail pending appeal of an increased sentence for abusing her maid.

The Court of Appeal allowed Rozita Mohamad Ali, 44 – who made headlines for abusing her maid and was sentenced to eight years’ jail – to be released on RM25,000 bail with two sureties.

A three-man bench chaired by Court of Appeal judge Justice Datuk Ahmadi Asnawi unanimously allowed the application but asked her to surrender her travel documents to the court and required her to report to the nearest police station once every two weeks.

Rozita is appealing the eight-year jail sentence by the Shah Alam High Court, which set aside a good behaviour bond meted out earlier by the Petaling Jaya Sessions Court.

She had pleaded guilty before a Sessions Court judge on March 15 to an amended charge of causing grievous hurt to Suyanti Sutrinso, 21, with a kitchen knife, mop, hanger and umbrella at a house in Mutiara Damansara on June 21, 2016.

She was earlier charged with attempted murder.

The Sessions Court sentenced Rozita to be bound over for five years on a good behaviour bond of RM20,000.

However, following public outcry, the Attorney-General filed for a review of the sentence and the Shah Alam High Court on March 29, increased her sentence to an eight-year jail term.

Suyanti, who is from Medan, was only 19 when the abuse took place.

The case drew public ire after a video of Suyanti lying injured by the side of a drain went viral on social media. 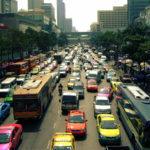