At around 11:00am on February 1st, Pattaya police swooped in to make the arrest of a 73 year old Danish Man, Mr. Arne Nielson, from his home in Pattaya.

The police gained the arrest warrant after the parent of a 17 year old Thai boy filed a complaint with the child protection foundation on Saturday, claiming that the Mr. Nielson had paid their son 500 Thai Baht for sex.

A further look into Mr. Nielson’s personal details found an online profile of himself, which claimed to be actively searching for male sexual partners between the ages of 15 and 18 years old.

After questioning, the young boy told police that Mr. Nielson had approached him on January 20th last month, claiming his name was “Arno”. He was invited back to “Arno’s” rented apartment which was at The Shisha House. In the room, “Arno demanded oral sex from the young boy, as well as the use of his hands.

After finishing up, “Arno” paid the boy 500 Baht from his services and they both went their separate ways. Then on January 28th, “Arno” contacted the boy once again, but this time the boy refused, because his parents had found out.

The parents immediately called the child services, who in turn got in touch with police. 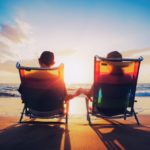