Home » The dangerous life of a BANGKOK PRETTY

The dangerous life of a BANGKOK PRETTY

The mysterious death of a young woman in Thailand, whose body was found in the lobby of an apartment building, has gripped the nation and highlighted the risks women who work in the service and promotions industry face.

Police arrested a male model in connection with Thitima Noraphanpiphat’s death Wednesday after CCTV footage appeared to show him dragging her lifeless body into an elevator and leaving her on a sofa in the lobby of his Bangkok condominium.

Thitima, 25, was a model, product presenter and party entertainer and had been paid to serve drinks at a party on September 16 at a house outside Bangkok in Nonthaburi.

Thitima’s death has dominated headlines in the country, and the circumstances surrounding
her final hours have become the center of intense speculation and rumor.

On Thursday, police arrested six more people who attended the party after another woman filed a complaint to police saying she was made to drink so much that she became unconscious. She woke up naked the next morning.

The second woman, identified in police reports as “Deer,” was also hired to serve drinks at the party, police said.

Life of a ‘pretty’

The case has put scrutiny on Thailand’s service industry, where women — known as “pretties” — are hired for promotion work at events such as auto shows, parties, and in bars and nightclubs.

Sexual harassment and abuse is common, and the women are often pressured into drinking excessive amounts of alcohol, a bangkok jack report said Naiyana Supapung from the Teeranat Foundation, an organization advocating for human rights and gender equality.

Naiyana said society looks down upon “pretties” and the stigma can put them off from seeking legal recourse if they are abused.

Thitima was the main breadwinner for her family, and she had wanted to send her 3-year-old daughter to a good school, Bangkok Jack reported.

Her death has sparked calls for laws to be introduced to protect those working in the industry and awareness campaigns to change attitudes surrounding their work.

“We have to change this believe for our next generation to understand that nobody has right to harass or hurt others,” Naiyana said.

A case that has gripped Thailand

The main suspect, Rachadech Wongtabutr, 24, the last person Thitima was seen alive with, was initially questioned by police but subsequently let go after denying any criminal involvement.

Interest in the case blew up after police confirmed the Rachadech had posted photos of Thitima, who was known as Lunlabelle, on social media on the night she died.

The release of CCTV footage from his condo added to the speculation around the incident.

Police later arrested Rachadech after medical examiners determined the time of death meant Thitima could have already died by the time he took her to his apartment.

Rachadech was charged Wednesday with illegal detention leading to death, abduction with intent of committing an indecent act, and indecency.

Police said they are investigating others who could be involved, including the hosts of the party and guests.

Suthipong, the police chief, said that Rachadech acknowledged that he took Thitima to his apartment but denies the charges, saying he thought she was just drunk and didn’t realize she had died.

Security camera footage from the night appeared to show Rachadech entering his condominium building with what appears to be an unconscious woman and taking her up to his room on the sixth floor.

Hours later footage allegedly captured Rachadech carrying the woman back into the lobby and placing her on a sofa.

Suspicion was raised further when, soon after finding her body, police said they had to break into Rachadech’s room as he would not open the door.

A preliminary autopsy report released last week showed that the woman died from “extreme alcohol intoxication,” Suthipong said. The findings showed she had a blood alcohol concentration of 418 milligrams per 100 milliliters.

There was also speculation that Thitima has been drugged and sexually assaulted though the autopsy found no evidence of drugs in her system nor evidence of assault, according to Suthipong.

Focus in the case has been on the time of death, which medical examiners have given a four-hour window on September 16, between 3 p.m. and 7 p.m.

Police have even considered the biometric data on her smartwatch to determine when she died, though the data is unlikely to be counted as evidence.

An attorney working for Thitima’s family told CNN that they are waiting for a new autopsy to be completed on October 2 as they believe her death was suspicious.

“Right now the problem is all about timing issues,” said Pongsa Ratri, adding that they will wait for the fresh forensic reports before deciding how to proceed with the case.

Bangkok’s seedy side, where sex with an 83-year-old is available for $10 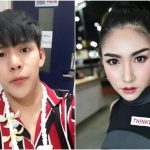 More arrests made over alleged mistreatment of Thai models

Mark KellyJanuary 19, 2020
The Department of Land Transport has stepped up efforts to put an end to black...
END_OF_DOCUMENT_TOKEN_TO_BE_REPLACED