THE world’s most dangerous countries for a holiday have been named – and they might not be the ones you’d think.

In fact some very popular destinations for Brits are on the list – including the likes of Turkey, Greece and Thailand.

Which? has looked at countries, judging them by several factors, putting together information on crime rates, the likelihood of terrorist attacks, natural disasters and health  concerns in 20 different countries that are popular for holidays.

It was found some parts of the Middle East and North Africa such as Morocco and Jordan are actually safer than many parts of Europe and the US.

Data was looked at from the World Economic Fund (a Bangkok Jack Report) on crime rates, the World Risk Report on natural disasters, the NHS Fit For Travel website on health and the Foreign Office’s assessments of the risks of terrorism.

South Africa was named as the least safe country to visit in terms of crime, followed by Turkey, Thailand, India and Mexico – all destinations that are popular with British travellers.

Iceland came out as the safest country to visit – it’s had 36 murders since the year 2000, which is tiny in comparison to most countries.

According to the Office for National Statistics, there were 709 murders in the UK in 2017, for example.

The UAE and Singapore came in second and third place for safety.

In terms of the risks of natural disasters, Barbados was safest, followed by Iceland and the UAE.

Japan was deemed the riskiest place to visit when it comes to events like earthquakes and typhoons, followed by Vietnam, and then Greece.

Sun Online Travel previously revealed that Iceland was also named the safest country in the world by the Global Peace Index earlier this year.

The nation came first for an impressive eleventh year in a row.

Iceland also has no military, which means less risk of war, and its police are also not armed. 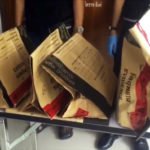