The water level in 14 medium-sized northeastern reservoirs has reached the critical level above their storage capacity, but the Royal Irrigation Department (RID) said there was nothing to worry about as there is an emergency preparation and response plan at every dam.

Low pressure over Laos and Vietnam has brought heavy rain over the eastern border filling many reservoirs with Kalasin measuring 122mm in 24 hours.

The RID said five reservoirs in Kalasin, four in Nakhon Panom, three in Sakhon Nakhon and one in Khon Kaen have already exceeded their capacity.

Dangerously high levels were reported on Friday, such as the Huai Sang Kieb reservoir in Kalasin, which had 144 per cent of its capacity, and Huai Som Hong reservoir in Khon Kaen, which was at 136 per cent.

RID director general Thongplew Kongjun said there was no crisis as the department was already lowering the water level and the reservoirs could exceed their capacity without harming the stability.

“Water is automatically drained out through the dams’ spillway, which will prevent overflowing over the dam structure, while every reservoir has 24-hour RID monitoring,” Thongplew said.

“The water drainage for the northeast is still operable, because the Mekong River is still low enough,” he said.

The Meteorological Department has forecast heavy rain for the north and northeast until the end of the month.

The European Centre for Medium-Range Weather Forecasts said in the next three days Bueng Kan province could expect 230mm of rain. Bolikhamsai Province on the opposite side of Mekong River in Laos could expect similar rainfall.

The heavy rain over the Mekong basin is expected to put increasing pressure on the river and potentially flood southern Laos and Cambodia, to add to the impact of the broken Xe Pian-Xe Namnoy Dam. 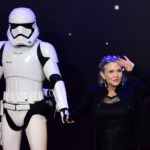