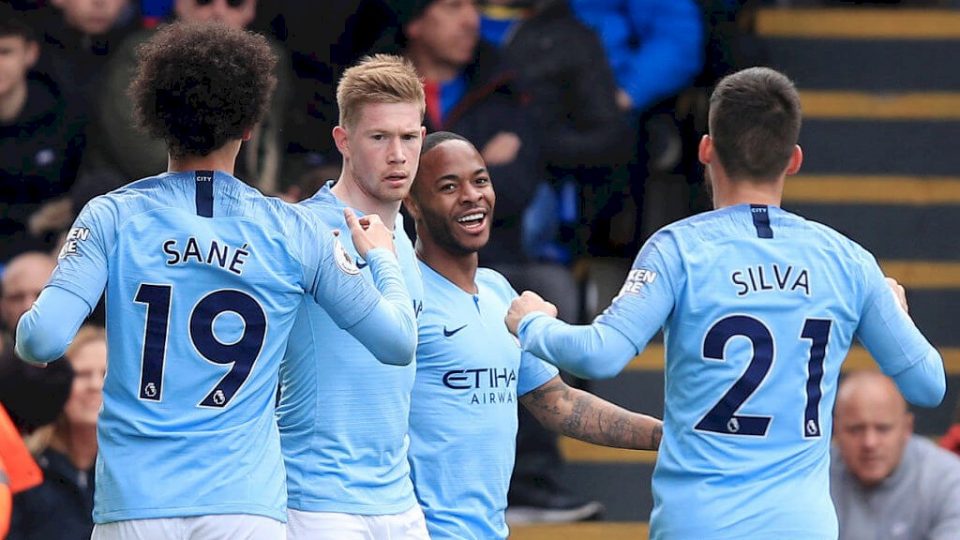 In their quest for a season quadruple Manchester City seem unstoppable especially if teams, like Crystal Palace in this game, leave it too late to have a go at them. It seems teams are fearful of being crushed four, five or six nil, especially with City’s habit of scoring early goals. But this is Manchester City, possibly the best team in the world, so being crushed by them is expected so why not at least have a go!

It took Palace until the last quarter, when they were losing 2-0, to find the belief that they could test City and in the 81st minute, things really became interesting when Luka Milivojevic rifled home a free kick. James McArthur, after a surging run, had been taken out by a mixture of Ilkay Gündogan and Vincent Kompany right on the edge of the box.

The crowd sensed that something could happen especially with Wilfried Zaha on the pitch and his ability to win late penalties. Up against Kyle Walker, sometimes prone to rash challenges, there was a strong sense of anticipation.

That anticipation completely evaporated in the 90th minute when substitute Gabriel Jesus put the game to bed. Kevin De Bruyne found Jesus on the left and he squeezed the ball in at the near post. Jesus has seven Premier League goals this season and he hasn’t had a lot of game time. City were back on top of the table for at least a couple of hours.

City were fast out of the traps and after 10 minutes should have taken the lead after good play on the left from David Silva. He found Raheem Sterling on the six-yard box with what seemed a simple tap in but Sterling tapped wide with his left foot. Five minutes later he made amends when put clear on the right by De Bruyne. He used his pace to get into a great position a fired a powerful shot above the crouching Vicente Guaita in Palace’s goal. If he’d had stood tall the ball would have hit him.

For the next hour City toyed with Palace, and came close a few times, before Leroy Sané crossed low from the left and Sterling tapped in with his left foot from the edge of the six-yard box.

Manchester City On A Roll

Manchester City are on another roll and if they can beat Tottenham (Premier League) on Saturday they will have perfect 10 Premier League wins on the bounce.

Man of the match: Raheem Sterling

The History of Thailand