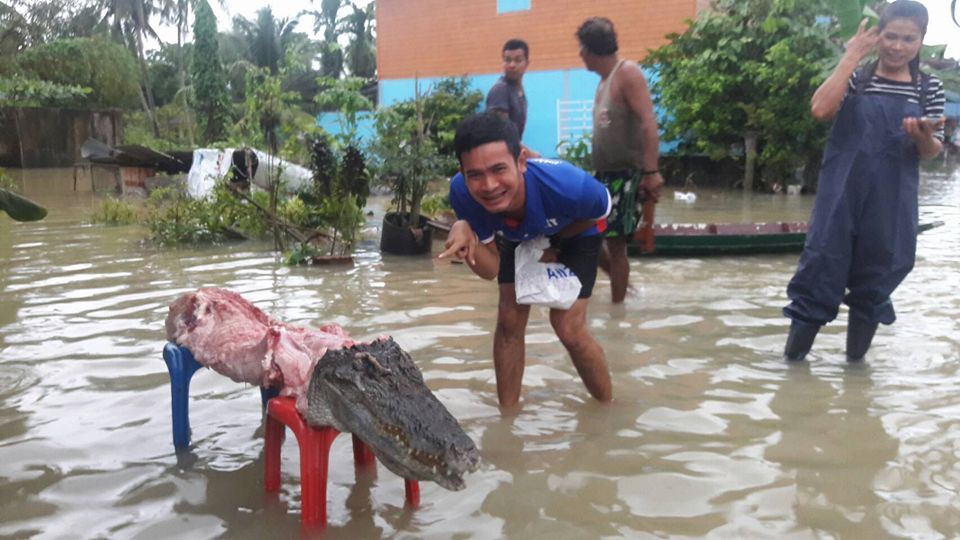 Crocodile Curry on the Menu in Southern Thailand

With the mass flooding down in Southern Thailand, residents are quickly adapting, and now we have crocodile curry on the menus.

The flood have caused major problems down South, and to make things worse, a few stray crocodile have been spotted swimming around close to residential areas.

Personally I would be swimming as fast as I could possible go in the opposite direction if I ever bumped into one, but some residents have quite a different approach, as you can see from the photo’s below: 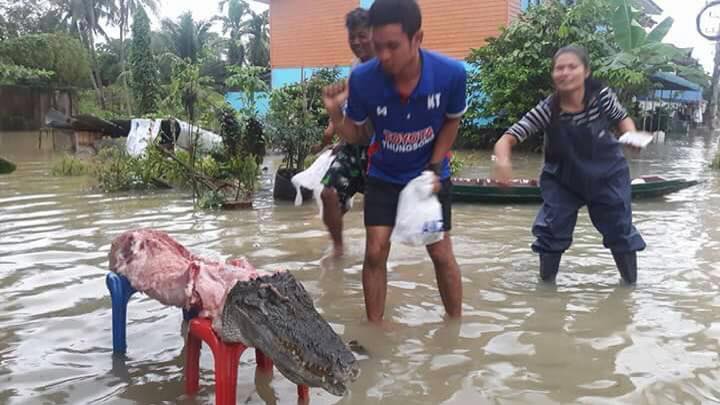 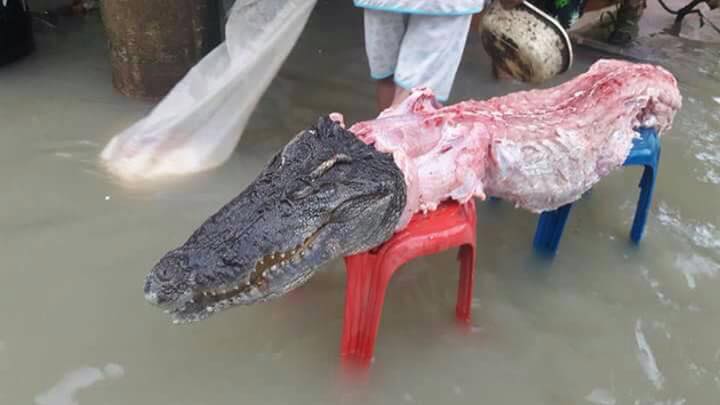 These particular sets of pics were taken in Nakhon Sri Thammarat province, and it looks like the locals enjoyed their meal.

Although uncommon, crocodile meat is consumed in most parts of Thailand already, but because of its strong smell, most Thai’s prefer to use curry paste whilst cooking it, for a better taste. 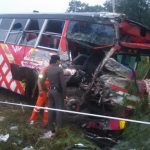 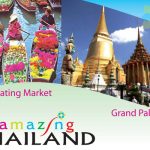