After a raucous evening at a pub, an unlikely bar-goer spent the night at the police station before someone showed up to claim him.

But it wasn’t the usual Krabi troublemaker – it was a two-meter crocodile that crawled into Wang Thong Pub and Restaurant just after the last order, before being bagged by local police and kept in the slammer overnight at the Ao Luek Police Station

“We tied it next to the police station’s coffee shop,” Maj. Witthaya Tongkong of Ao Leuk Police Station said jovially. “It was pretty calm when people walked up to it, but when people walk away it whacked its tail really hard.”

Coffee in hand, a volunteer police officer grabbed the croc’s tail and wiggled it in footage Witthaya sent.

“It went bang, bang, bang against the wall,” Witthaya said.

Beyond that, he did not get to know the animal well.

“I can’t tell between male and female crocodiles,” he added, laughing. “We didn’t name it either.”

Police saw a frayed rope around the croc’s neck, which suggested he had escaped captivity as as a pet, so they sent out a call for someone to claim the croc. As of Thursday afternoon, the Fisheries Department in Thung Yai, Nakhon Si Thammarat had done so.

The crocodile almost went home with the wrong human. Panjaporn Phasuk and her husband rushed to the pub Thursday morning and profusely apologized, saying that it was her crocodile – which she claimed to keep in a concrete basin in her backyard – that got loose.

But after taking the crocodile home, she brought it back to the police station, saying it was a case of mistaken reptile identity. 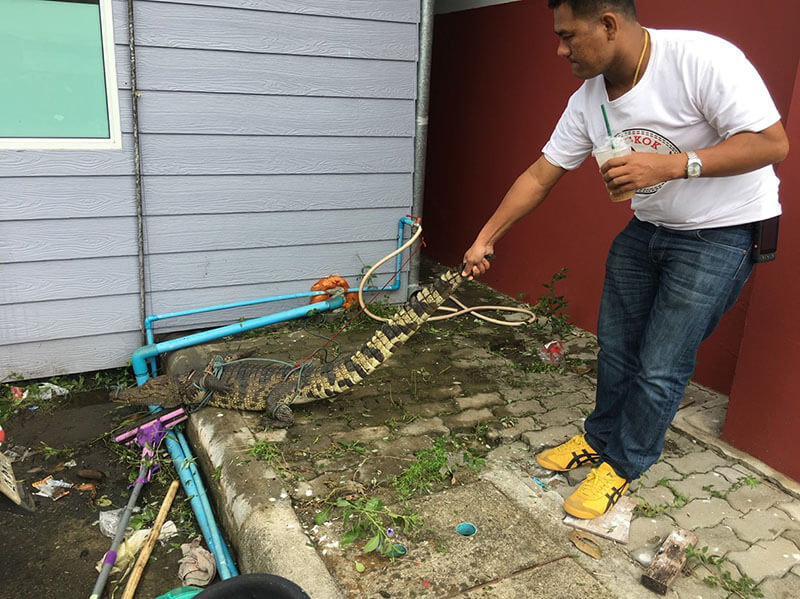 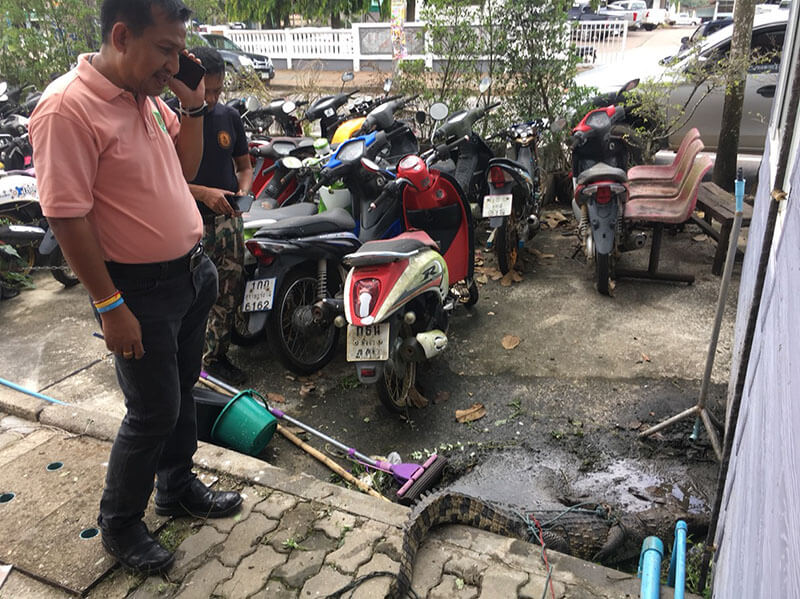 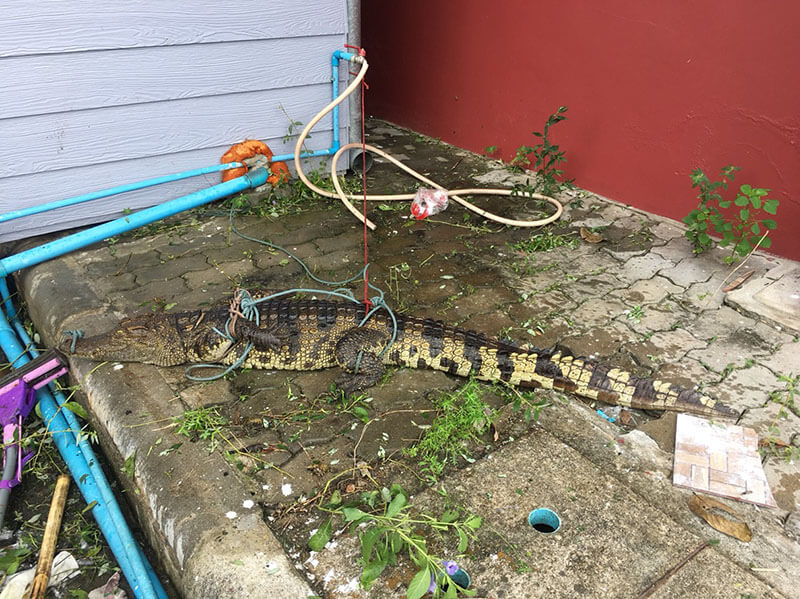 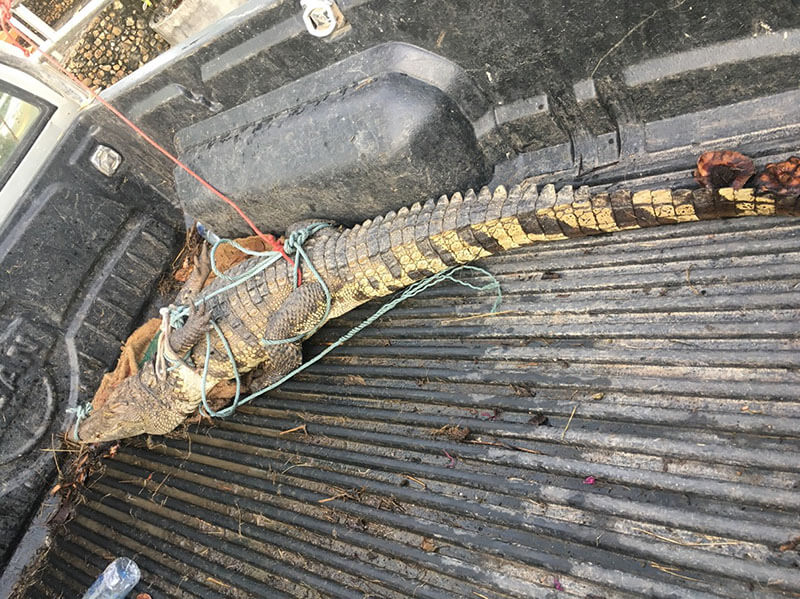 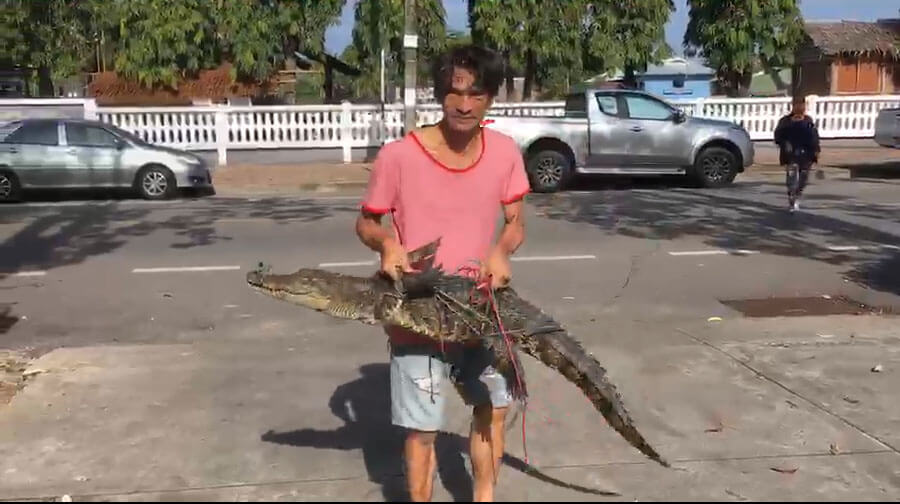