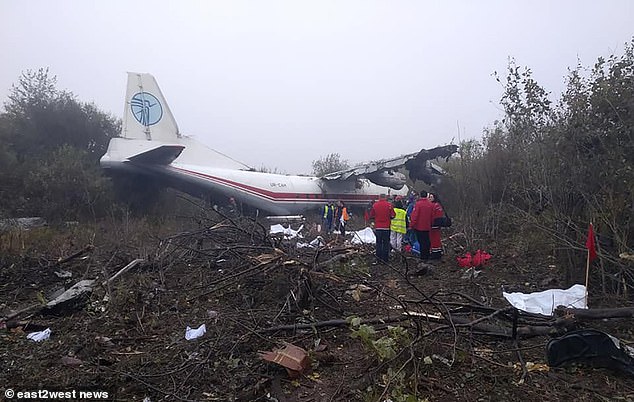 Five people have been killed after a Ukrainian Antonov-12 plane was forced to make an emergency landing when it ‘ran out of fuel’.

The cargo plane came down just over a mile from Lviv airport in Ukraine following a flight from Vigo in Spain on Friday. 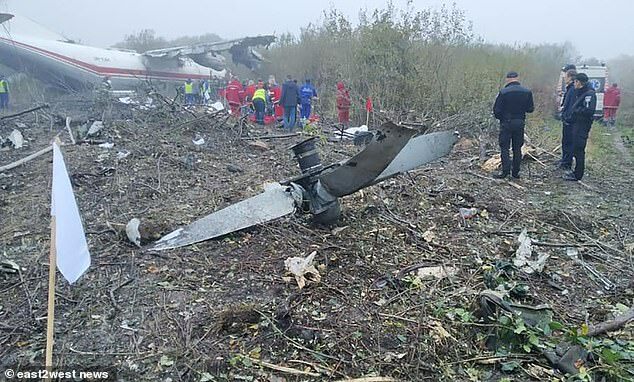 It had vanished from radar some eight and a half miles from the airport.

Pictures from the scene close to a cemetery in Sokylniki village show the plane landed on rough ground with one wing ripped off.

Reports said five people on board had died, and three survivors were injured.

There were eight people on the aircraft, seven crew and one person accompanying the unidentified cargo.

One injured crew member called the emergency services to say the plane had made an emergency landing.

The four-engined plane was originally a Soviet air force aircraft used around the world for cargo transport.

Infrastructure Minister Vladyslav Kryklii said the aircraft had run out of fuel ahead of the crash. 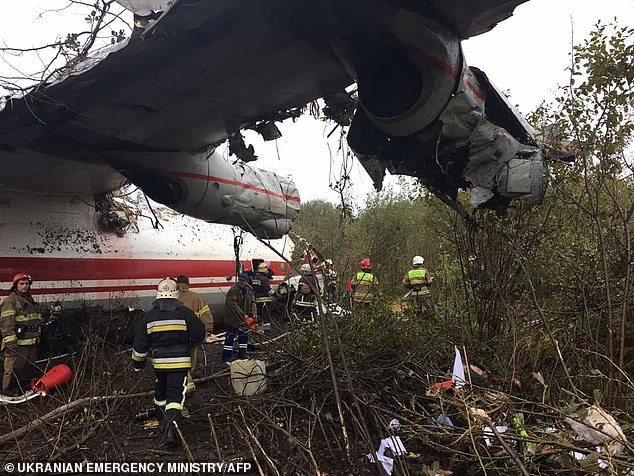 ‘Burning is not observed. The crew is being removed from the damaged aircraft,’ a statement from Ukraine’s emergencies service read.

Maxim Sokolyuk, head of Ukraine’s state migration service, said: ‘There are casualties. An emergency landing was performed because the plane ran out of fuel.

‘An investigation into the accident has started.’ 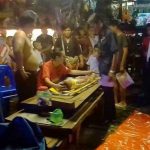 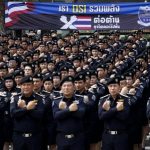