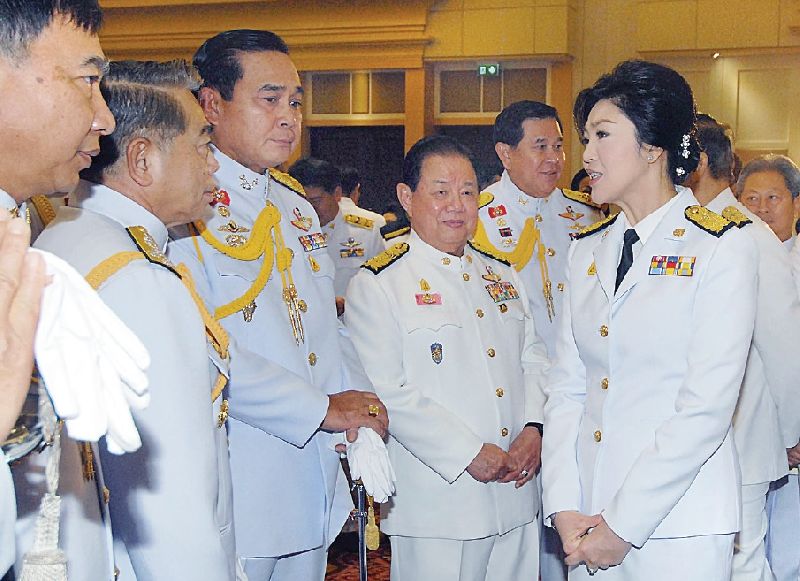 After nearly 10 years as Pheu Thai Party’s southern bloc, a coalition of Muslim politicians in the south that’s switched sides six times is set to do it again.

A week after word got out that they are setting up a new party of their own, a leader of the Wadah group said Wednesday that its chameleon nature should not be viewed as betrayal.

Sukarno’s clique is just the latest to announce its departure from the political faction which for nearly two decades has been an undefeatable electoral force, as new alliances and parties emerge to take race toward the first election in four years, now slated to take place in February.

The threat isn’t contained to only a single region, either. Pheu Thai fiefdoms in the northeast and central plain are said to be raising new banners as well, though party leaders say the rumors are exaggerated.

The bleeding of Pheu Thai comes at a time its leadership is in tatters: Both its charismatic figureheads, Thaksin Shinawatra and Yingluck Shinawatra, are in political exile, leaving an unsettled succession fight. One expert said Wadah’s departure amounts to jumping ship.

“They think the military will never let Pheu Thai grow politically,” Chamroon Den-udom, who studies the south’s politics and power structures, said in an interview.

“Their ties to the Redshirts are now undesirable, because the military is trying to wipe out the Pheu Thai Party,” he added. “If they stay, their chance of remaining on the political road is very low. It’s better to move, because they might still have a chance.”

Sukarno believes going independent will give the Wadah a better chance to represent southerners and advance their interests.

Sukarno cited as issues “the Deep South unrest, injustice, the economy, and falling prices in rubber and other crops.”

“We probably have a better understanding of their way of life,” he said. “We are natives of that region.”

“Now that there’s an opportunity to set up our own party, we should not let this opportunity slip out of hand. We should follow the voice of the people,” he added.

The opportunity Sukarno refers to is a new requirement from the junta that members of all existing political parties reconfirm their allegiance or be flushed from the rolls.

Under the rule, called “Set Zero” by the media and politicos, party members who fail to do so next month will automatically be stripped of their membership. Pheu Thai has announced all members who wish to remain must report by Wednesday.

On Jan. 30, a group of former Pheu Thai and Bhumjaithai MPs hailing from the northeastern region, long a Redshirt and Pheu Thai power base, announced they would form a joint party to serve the people of Isaan.

Their leader, Sampan Lertnuwat, said the new party will not run in the poll as anyone’s proxy, be it that of the ruling junta or Pheu Thai.

“We are tired and frustrated with parties that are owned by someone else,” Sampan said. “We are not anyone’s nominee. We are the people’s nominee.”

And that might just be the beginning. Somkid Cheukong, a Pheu Thai MP based in Ubon Ratchathani, told reporters last week he heard several parties are encouraging Isaan MPs to defect.

Chonlanan Srikaew, a Pheu Thai MP for Nan province, said in late January that he was aware of attempts to court MPs in the central region. He compared it to water dripping on stone – their loyalty may erode and break.

“I have to admit the risky area is the central region. There’s a high chance of being lured away,” Chonlanan said. “We contacted them to ask if they would pledge to stay with Pheu Thai. They were evasive.”

Pheu Thai spokesman Anusorn Iamsa-ard said the party has heard the rumors and dismissed them as overblown. He’s confident many MPs will stay.

“This kind of news is insignificant to us. Let me explain it to you like this: Every time there’s an election, party changes or departures always happen,” Anusorn said Thursday. “But for Pheu Thai, we are the only party that has no problem with this. It could be because people who left in the past turned out unsuccessful in their careers.”

He suspected those in power might be fanning the rumors to discredit the party, whose influence has been targeted by the junta since the 2014 coup. Anusorn also criticized the demand that constituents must reconfirm their membership as a way to break up the large political parties.

“The information operation against us has been taking place for a long time now. The people who do this may want to paint a picture to society that Pheu Thai is having problems,” Anusorn said. “They are doing everything to make it easy for MPs to change parties.”

Though small – Wada counts five key members in Pheu Thai – its alignment with the party was important to give it a presence in the heavily Democrat south.

Founded in the early 1990s as a coalition of pan-Muslim southern politicians, the Wadah – or “unity” – was initially part of the oldest and, at the time, largest party. Its Democrat Party days ended when the group defected en masse to a succession of parties including New Hope, Thai Rak Thai, Pracharaj, Neutral Democracy, People’s Power, Bhumjaithai and, most recently, Pheu Thai.

“I don’t want to sound insulting, but if they leave, it’s mai pen rai. Let them go, if they have reasons to leave,” Pheu Thai’s Worachai Hema said in an interview. “Our members in the south phoned me … they said if Wadah leaves Pheu Thai, they won’t vote for them.”

“Let’s say everyone has their own path,” Plodprasop told reporters Monday. “I wish them luck.”

Chamroon, the Deep South expert, agreed with the assessment. He described Wadah as an “unsuccessful” faction for its lack of notable achievements. Chamroon estimated that Wadah will win at most four or five seats in the parliament – if they are lucky.

He said he also heard some Wadah leaders recently met with Thaksin – Pheu Thai’s de facto leader in exile – in the United Arab Emirates to secure his permission to leave. Thaksin reportedly gave them the greenlight.

Sukarno said he believes his group can win as many as 10 seats. He declined to say who he’d support to serve as prime minister, saying it’s too early.

“Let’s see how many seats we actually win, and if the people in government can go along with our stance,” he said. “Let it happen step by step. How can I know better than the people?” 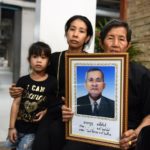 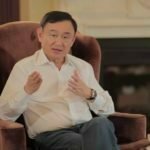