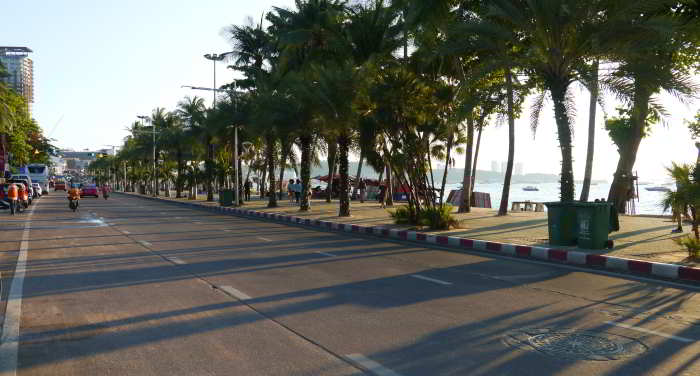 The Centre for COVID-19 Situation Administration (CCSA) in Chon Buri yesterday ordered the closure of all entertainment hangouts after the province reported 141 new cases, while Chiang Mai saw a daily spike of almost 200 in one day.

The website of the Chon Buri provincial public health office reported that the 141 new cases included three clusters – two of which were linked to entertainment venues in Pattaya and in Bangkok.

The first cluster which emerged at the Flintstone pub had 54 new cases, bringing its tally to 90.

The second cluster had two new cases contracting the virus from a family who had been to the Bangkok International Motor Show. This cluster’s total number of cases was 15.

The third cluster which involves a Japanese national contracting the virus at Krystal Club in Thong Lor area of Bangkok had one new case. This cluster had 43 cases as of 10th April.

The provincial public health office is searching for all 872 people who have been in contact with the infected people.

The re-emergence of COVID-19 in the eastern province of Chon Buri this month has resulted in 225 cases.

A spike in cases there has dampened the atmosphere at the province’s famous Bang Saen beach despite the festive Songkran holiday, causing concerns among local businesses about a possible loss in profits during Songkran.

In Chiang Mai, authorities have confirmed 186 new COVID-19 cases, raising the total from the recent outbreak this month to 381.

Many people who visited the places appearing in timelines of the infected people have reportedly travelled to hospitals to take a COVID-19 test.

The new infections were believed to have been linked to entertainment venues, the source of most of the infections that have been spreading throughout the country in recent days.

Timelines showed many infected patients had travelled to several nightspots.

The province has started building a field hospital since Friday and plans to increase the beds up to 1,000.

Many army units in the province helped transport beds and medical equipment to set up a new field hospital with the capacity of 1,000 beds at the Chiang Mai International Exhibition and Convention Centre in Muang district.

The Northern Region Thai Hotels Association (Upper North) urged hotels in the region to provide beds for the field hospital. The association said 142 beds have been donated so far.

In Bangkok, the military has confirmed an army officer was infected with COVID-19 but denied that she contracted the virus from entertainment outlets in the Thong Lor area.

Deputy army spokesman Maj Gen Thirapong Patthamasing na Ayudhya confirmed the army officer, a female lieutenant, contracted COVID-19 while having dinner with her friend who had visited Thong Lor on 3rd April. She had no knowledge that her friend had been there.

The lieutenant later learned that her friend was infected and decided to take a test at King Prajadhipok Memorial Hospital in Chanthaburi. She separated herself from other people while waiting for the results, he said.

The army officer and her colleagues at the Royal Thai Armed Forces Headquarters were rumoured to be infected after travelling to the Thong Lor area.

A source said they held back the information from their supervisors and showed up for work as usual. 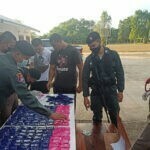 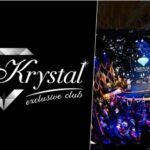