Lockdowns forced children to move online for learning and play, putting them at risk of harm including sexual exploitation and abuse.

Unsurprisingly, predators have taken full advantage of the unprecedented health crisis to target children who, in Thailand as well as much of the rest of the world, did not receive proper online supervision by parents and caregivers.

But reporting and disclosing incidents is very low.

The figures from the Thailand Internet Crimes Against Children (TICAC) Task Force show that more than 160,000 cases were recorded during the first four months of the pandemic (between January and April 2020).

Last year, the number of children aged 12-17 who fell victim to online child sexual exploitation and abuse surged to about 400,000.

The recently released Disrupting Harm report reveals that only 1-3% of children disclosed their experiences to the police. Between 10-31% of them did not disclose the most recent incident to anyone. And only 17% of the caregivers surveyed said they would report it to police if their child experienced sexual harassment, abuse or exploitation online.

The research study was carried out by Ecpat, Interpol, and the Unicef Office of Research – Innocenti.

“The age of targeted children has moved down to those as young as 5-6,” says Dr. Varoth Chotpitayasunondh, a psychiatrist and spokesperson for the Ministry of Public Health’s Department of Mental Health.

He adds that predators use different tactics to lure child victims.

“Predators use ‘grooming’ tactics to gain trust from children. They develop a relationship with them in order to reach children more easily.

Adult predators may do something like giving targeted child money for sharing their sexual photos with them or ask them out to engage in sexual activity in person,” Dr Varoth says.

The persons responsible for the abuse are often someone children know like a family member, a boyfriend, a friend, a neighbor, a coach, and a teacher, he added.

The psychiatrist explains that online sexual exploitation and abuse of children can happen fully online and often involve both online and in-person interactions between predators and child victims.

According to the report, 10% of children said they have met someone in person that they first met online.

Why don’t the victims tell?

Dr Varoth notes stigma is one of the biggest barriers to victims and survivors in reporting and disclosing online threats, saying that social norms about what is appropriate and acceptable have shaped their thoughts, feelings and behaviors towards incidents.

“Most child victims think they did something wrong or they didn’t do something right.

They often blame themselves for what they were wearing or for trusting the wrong person.

Will they be supported? Will friends ridicule them?” the psychiatrist says.

According to the report, some child victims who do report incidents say they feel they are held responsible for online sexual exploitation and abuse and rarely consider themselves as victims.

In addition, the investigation techniques police use when questioning them are not friendly to child victims and survivors.

A survivor said the interview about her experience of online sexual abuse took place in the police station at the front desk. “There were about 10 people there including two male police officers and five of my friends,” the survivor says of her experience in reporting to the police.

Dr. Varoth says some children are unaware of where to go or whom to tell if they or a friend are sexually assaulted or harassed.

According to the report, 47% of children surveyed said they would not know where to get help in these situations.

“Some children don’t know that they can report the incident to the police,” he says.

When victims and survivors open up about abuse, Dr. Varothadvises parents and caregivers to avoid asking them for details and posing ‘why’ questions, pointing out that the affected children need to be supported rather than pressured.

“We should respond actively but with care.

People should not ask the child repeatedly the same question about their abuse.

It continues to abuse them. Please don’t talk about it in front of others.

It makes them feel ashamed. It hurts their feelings,” he says adding that children who are sexually abused and exploited suffer a range of consequences from the negative impacts on their emotional and physical well-being.

Be patient, listen to them, believe them and be supportive in order to help them get through the agony and move forward with their lives, he stresses.

He also advises parents to get help from professionals who can help guide them towards healing emotionally and physically when necessary.

And face the problem honestly and put the responsibility firmly on the person who committed the abuse.

The Internet is a double-edged sword. It provides many opportunities to children for learning, communication, creativity, and entertainment but also exposes them to risks.

The fight against online sexual exploitation and abuse, Dr Varoth says, should begin with parents and caregivers teaching their children to protect themselves from those who would harm them and help them become digital citizens.

“You should ensure that your child has the proper digital skills and literacy to stay safe online. Also, set reasonable limits for screen time and content they can use,” he says.

He added that parents should also upskill for the digital world and keep abreast with technology in order to be ready to help children when problems arise.

Many parents who are unfamiliar with technology fail to give proper advice to children to deal with online threats. Some children find it difficult to talk with them about abuse, he notes.

“The parents don’t understand when a child is trying to tell them about an online sexually abusive situation and may not even understand that it’s wrong.

So, be a smart parent to support your child’s learning and well-being. They will trust in you to ask for help,” he says.

Various state agencies, namely the Ministry of Social Development and Human Security, Ministry of Digital Economy and Society, Ministry of Justice, Ministry of Education, the Ministry of Public Health’s Department of Mental Health as well as law enforcement agencies and non-government organizations are working to handle issues regarding online child sexual exploitation and abuse but they need to do much more.

To better tackle the problems, Dr Varoth says there is a need to appoint a government body to centralize and lead on response and prevention.

It’s equally important to keep all children and caregivers informed of the risks, and their rights and to support them in navigating the justice process.

The public needs more education on online sexual exploitation and abuse of children.

“More needs to be done and more collective efforts from all parts of society must be made to better protect children’s online safety,” he says. 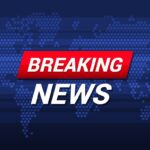