COURT FINES WOMAN: A court on Monday slapped a 5,000 baht fine on the shopper who blocked a driveway in east Bangkok with her truck, prompting a colorful reprisal.

Rotchanikorn Lertwassana was found guilty of causing a public nuisance to the Saengyotrakarn family, who responded to the illegally parked vehicle by smashing it with an axe and makeshift weapons, footage of which launched them to internet fame this past February.

Apart from the fine, Rotchanikorn was originally sentenced to 15 days in prison, but the court reduced it to a year of probation because she had no previous convictions.

Rotchanikorn told the media at the time that she parked her Nissan there and went shopping at one of five illegal markets that operated around the Saengyotrakarns’ mansion.

Officials only closed down the marketplaces after the axe incident went viral, where many were sympathetic to the Saengyotrakarns. 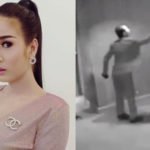 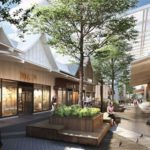