A couple has been arrested on suspicion of operating a loan-shark operation in Chon Buri after allegedly detaining, assaulting and raping a female customer in a bid to collect a debt, police announced on Tuesday.
Watcharee Sawaengpol, 32, and her husband Manu Phew-on, 44, face charges of illegal money lending, robbery, assault, illegal detention, and rape. They have denied the charges.
The arrest stemmed from a May 9 complaint by a 26-year-old woman who had borrowed Bt100,000 from the couple.
The victim, whose name was withheld, accused the couple of forcing her into their pick-up truck in front of a company in Sri Racha district and driving her to a rented house where she was detained.
She claimed that Watcharee assaulted and injured her while Manu raped her while his wife wasn’t around, before the couple later released her.
The couple reportedly fled to Prachuap Khiri Khan where they laid low for two weeks until police finally caught up with them.
A police probe found that the couple had lent cash to low-income people in Sri Racha at a daily interest rate of 20 per cent. They had allegedly resorted to threats and even destroyed property of creditors who failed to repay debts or keep up with installments. As of press time, several more people have stepped forward to file complaints against them. NTN – EP 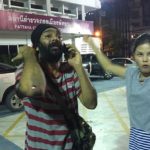 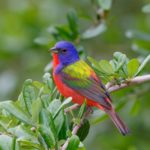 Why birds don’t have teeth