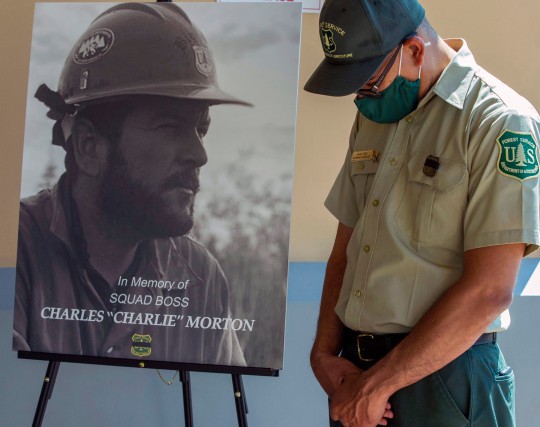 A couple from California have been charged after their gender reveal party allegedly sparked a huge wildfire that killed a firefighter.

Refugio Manuel Jimenez Jr, 41, and Angela Renee Jimenez, 29, have now been indicted for 30 crimes, including involuntary manslaughter. They face up to 20 years in prison if found guilty.

The couple, who have denied the charges, allegedly used a pyrotechnic during the gender reveal on September 5 last year at El Dorado Ranch Park in Yucaipa.

Authorities said a smoke-generating pyrotechnic device was set off in a field and quickly ignited dry grass on a scorching day and the couple frantically tried to use bottled water to douse the flames before calling 911.

The fire burned for more than two months and covered more than 22,000 acres.

‘That encompasses a lot of, not only emotion, but damage, both financially and psychologically.’

Mr Morton, 39, was a part of a team of firefighters which are deployed across the US to help tackle wildfires.

‘He’s fighting a fire that was started because of a smoke bomb, that’s the only reason he’s there,’ Mr Anderson said.

The pair are due to appear in court on September 15. 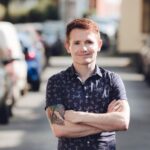 ‘I thought rape isn’t something that happens to men’ 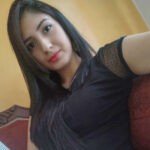 Woman falls to death after mishearing signal during bungee jump