Home » Couple arrested for allegedly defrauding 19 people out of Bt16m 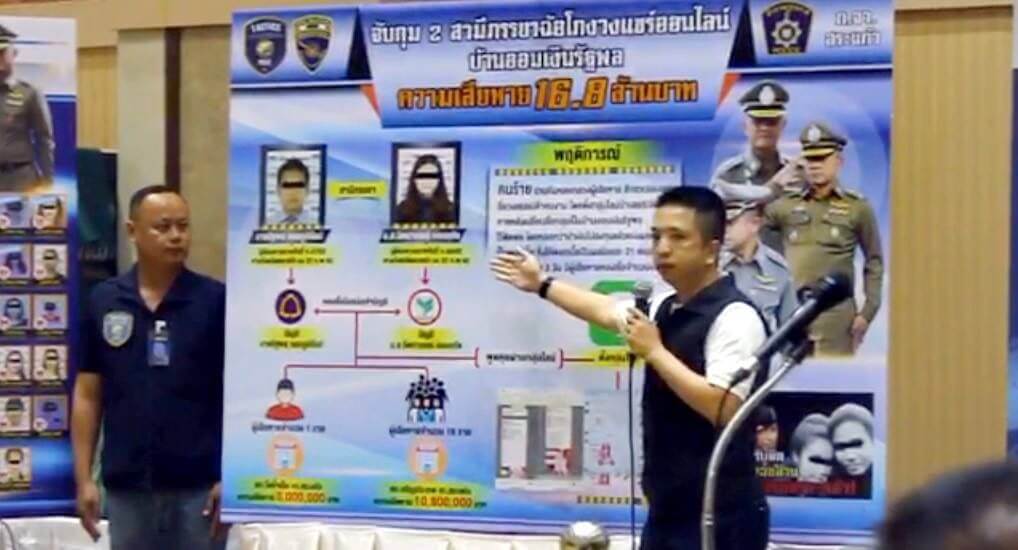 A couple have been arrested for allegedly deceiving 19 people into investing a total of Bt16.8 million with promises of high monthly returns, and later ceasing payments to the investors after just three months.

Later, they allegedly lured 19 of those individuals into investing a combined Bt16.8 million with an unidentified investor, saying they would each get 21-per-cent interest per month as a return.

However, the victims received the interest for only the first three months, after which Rattapol and Ratanaporn ceased paying out.

The couple initially told the 19 victims that they were trying to get back their invest amounts from the unnamed investor.

But they failed to return the investment capital to them, and reportedly admitted that there was no such investor and they had spent the money.

The victims later filed a complaint with police.