The 38-year-old councillor for Sathorn district was officially informed of the charges filed on Tuesday by two 16-year-olds and two 18-year-olds, at Thung Mahamek police station. He was later taken to Bangkok South Criminal Court, where police applied to further detain him.

Police told the court they still had to take testimony from six more people.

The court approved an application for release on bail with a surety of 100,000 baht on condition he stay away from the witnesses amd not leave the country.

Mr Anuparb is one of 14 Move Forward candidates who won seats in the Bangkok council election on May 25.

He has not spoken to the media since the case came to light.

Normally active on social media as an exemplar for all Move Forward politicians, Mr Anuparb has not posted on his Facebook account since Monday, and not on Twitter since last Thursday.

Thung Mahamek police chief Pol Col Kritsada Manawongsakul said the alleged incidents took place on July 11 when he invited the four young women for drinks in his room at a condominium building in Sathorn district  between 9pm-11pm, after they took part in party activities, according to media reports.

The case could be a blow for Move Forward, which largely presents itself as a political party for the younger generation, with clean and trusted politicians.

Move Forward on Tuesday apologised to the public and its supporters for disappointing them and for causing them to question the party’s credibility. The party promised to work with police and protect the alleged victims.

Wiroj Lakkhanaadisorn, who is in charge of policy in Bangkok for the party, said on Tuesday after talking to the complainants and to police investigators that there appeared to be grounds for the charges.

Mr Wiroj said the party would also send the case to a disciplinary committee for possible action against  Mr Anuparb. But the party left the decision on the future of his city councillor’s seat to Mr Anuparb, he said.

Mr Arnuparb is the second politician this year to find himself battling charges of sexual molestation. The other is  Prinn Panitchpakdi, a former deputy leader of the Democraty Party. 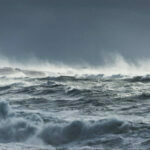 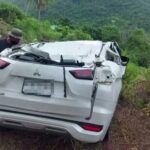