The Serbs won the game thanks to captain Kolarov’s wonderful strike 11 minutes into the second half, the third direct free-kick already at this World Cup.

Mladen Krstajic’s side held out comfortably thereafter in Samara to get their campaign off to a winning start, with Costa Rica lacking the cutting edge to really threaten their opponents.

Man of the match: Sergej Milinkovic-Savic

In a tight and evenly-matched first half, it was Costa Rica who created the best opening before the break, only for unmarked centre-back Giancarlo Gonzalez to head wastefully over the bar after a nicely worked short corner.

Serbia controlled large parts of the opening 45 minutes, although the closest they came to actually breaking the deadlock was an acrobatic overhead kick from Aleksandar Mitrovic a minute before the interval.

Mitrovic’s effort produced a smart reaction stop from Costa Rica goalkeeper Keylor Navas and despite the flag going up for offside, the Newcastle United forward’s audacious effort would in fact have stood had it gone in and been referred to VAR.

Serbia really should have opened the scoring five minutes after the break, only for Mitrovic to fluff the chance, having been played clean through by Sergej Milinkovic-Savic’s astute pass.

However, that miss was soon forgotten as Kolarov – who almost did not make the game after picking up a leg injury in the warm-up – beat Navas from distance.

Serbia could have further extended their lead, only for substitute Filip Kostic to somehow fail to make proper contact with Dusan Tadic’s centre, before Mitrovic again failed to hit the target after being released by Milinkovic-Savic’s through ball.

Costa Rica had Real Madrid No 1 Keylor Navas available after a recent minor knock, while both Giancarlo Gonzalez and Oscar Duarte featured in the Central Americans’ back line.

And the low-key contest ended with drama when Malang Diedhiou used VAR to decide if Nemanja Matic and then substitute Aleksandar Prijovic should be sent off, but the Senegalese official deemed neither worthy of a red.

Man of the Match – Sergej Milinkovic-Savic

All eyes were on the Serbia midfielder at the Samara Arena after he was reportedly linked with a big-money move to Man Utd next season.

However, the Lazio star did not disappoint with an enterprising display against Costa Rica, and Serbia would have won this contest far easier, and earlier, had they taken any of the chances he laid on for his team-mates.

In particular, it was Mitrovic who spurned the two best openings after the break, both of which were laid on a plate for the misfiring Newcastle forward by the 23-year-old’s inch-perfect through balls.

Costa Rica take on Brazil in St Petersburg on Friday lunchtime, while Serbia face Switzerland in Kaliningrad later that day. 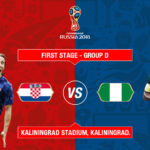