Corruption and the foreign crime gangs it fosters stand in the way of turning Pattaya into a family destination that Thailand wants.

At a Bangkok celebration 10 years ago over Thaksin Shinawatra’s purchase-in-exile of Manchester City Football Club, with singer Mai Charoenpura, then in a sexy phase of her career, entertaining, the beer-fuelled chant went up “Pattaya here I come!” The revellers wanted to keep on partying, and the city of beaches and bars to the east must have seemed like the obvious destination.

The anecdote isn’t meant to cast aspersions on either of the people mentioned here or on the celebrants, but merely illustrates how everyone in Thailand regards Pattaya. And that’s how it’s been seen around the world ever since American GIs fighting in Vietnam were first sent there for R&R. It is famous for its beaches, bars and most of all its prostitution. Sex is easily purchased, and far more cheaply than a football team.

It’s a place that most Thais would rather not exist, at least not in this state of affairs, but, perhaps in acknowledgement of how much Pattaya contributes to national tourism revenues, they’re willing to turn a blind eye. It is, after all, primarily a destination for foreigners, and if Thais in Bangkok fancy a beach holiday, there are alternative locales along the same coast.

Unfortunately, the situation in Pattaya has grown steadily worse. The number of foreign tourists has risen so dramatically and urban development is so fast-paced that foreign investment, often disguised, has skyrocketed. Alien criminal gangs have seized control of properties, businesses and much of the service industry. English and Russian gang members compete for profits, as do to a lesser extent criminals from Japan, some African countries and the Middle East. Needless to say, if they want to stay in business, they all have to share their earnings with Thai overlords. But there is plenty of money to go around.

That’s why it came as a surprise last month when government and police officials suddenly announced they would rid Pattaya of its sex industry (or that it didn’t exist at all). Lately we’ve seen campaigners dressed in smiling fish costumes. Seeking to “re-brand” the city as a family-friendly seaside resort, Pattaya Governor Pakkaratorn Teiancha led journalists along notorious Walking Street, gesturing at lurid bar facades and insisting that prostitution was “not allowed” there.

The reporters might have smirked, knowing this whole charade was spurred by a pair of embarrassing recent stories in the British tabloid press. “World’s sex capital”, one of them dubbed Pattaya, reviving an old theme most memorably captured in a 2005 Time magazine headline, “The Gomorrah of Tomorrah”.

Well, “tomorrah” is today, and if the Thai authorities are genuinely concerned about immorality in Pattaya, here’s a brief “to-do” list.
It starts with subduing the corruption that enables local businesspeople – and, far more worryingly, foreign organised-crime gangs – to break the law with impunity in terms of prostitution, money laundering, employment limitations, illicit drug sales, closing times, noise levels and much else. The foreign “mafias” that have laid siege to every major Thai beach resort should be shut down and expelled, no matter how much money that unplugs from the local economy.

Next, sincere soul-searching is in order if policymakers believe they can control morality while lacking the political courage to put the brakes on this immense revenue generator. The changes needed in that city will hamper or close a wide swath of its businesses.

On the other hand, how about just getting serious and accept that prostitution is here to stay? Rather than parading around in fish costumes, let “Fun City” have its fun, but be civilised about it: Decriminalise the flesh trade, register the sex workers, and give them the healthcare, protection and social security they are due. 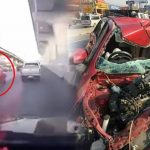 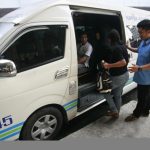