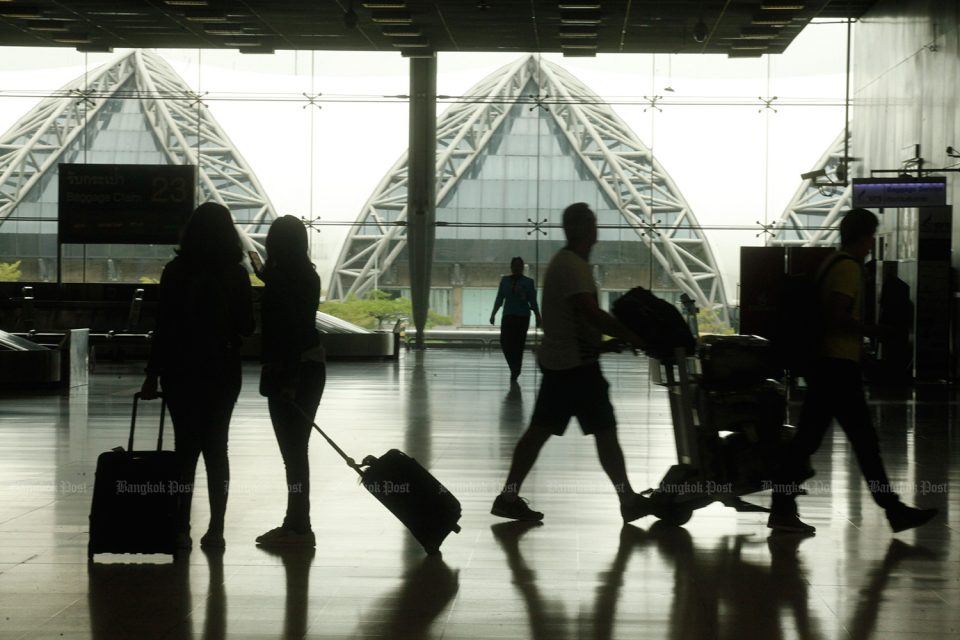 A taxi driver operating out of Suvarnabhumi airport has been fined for switching off his meter and telling customers to pay a flat rate, according to police.

The taxi driver, whose name was not revealed, picked up a customer from the airport’s taxi queue. Once in the car, he charged the customer, a woman known by the Facebook alias, Pla Suchaya, a flat rate of 700 baht, according to deputy police spokesman Krissana Pattanacharoen.

It is not known where the woman intended to go. The driver claimed that large taxis operating out of the airport, including his, were all collecting a flat-rate fare because they used more petrol than smaller cabs.

However, the customer, posting on her Facebook on Wednesday, said she refused to pay the 700 baht demanded by the driver and threatened to report him to the Department of Land Transport.

He then asked her what price she was willing to pay. After haggling, the customer agreed to pay 500 baht.

Pol Col Krissana said police contacted the woman and traced the driver who later turned himself to the police. He admitted to having turned off the meter and charging the customer a flat rate fare.

The driver has since been fined an undisclosed amount by Suvarnabhumi airport police. He also underwent a urine test which came out negative for drug use.

The customer has also written on her Facebook advising passengers to keep their taxi queue slips given to them at the airport. The slip contains information about the driver which makes it easier to alert the authorities in case there is a problem with the service.