The bikes were souped-up for road racing with modified engines and noisy exhausts. They didn’t have any plates.

A search at schools in the area resulted in the seizure of 12 more.

These belonged to previously arrested road racers who had promised to return their bikes to factory specs – but had reneged on their promises. 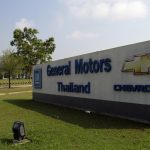