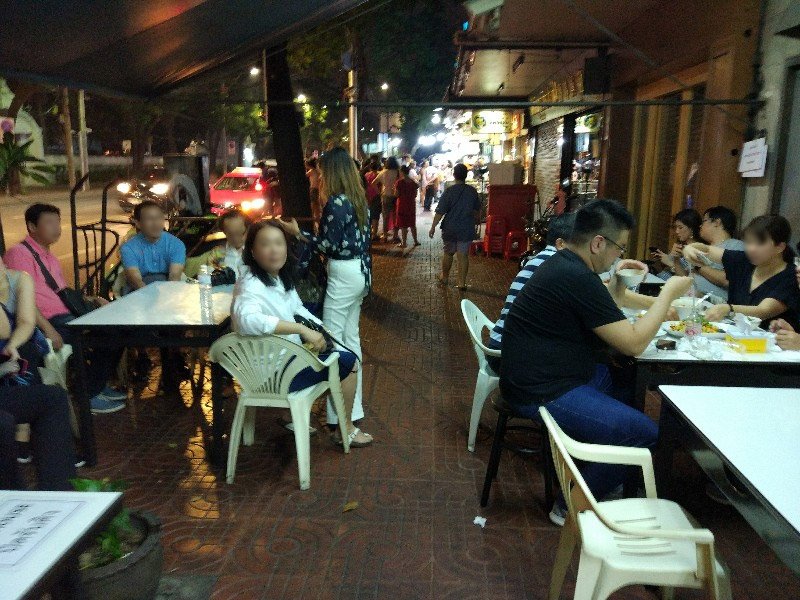 Jay Fai’s street food stall has become a must-visit eatery for trying Thai food since she received a Michelin star in December, but not every Thai celebrates the restaurateur’s fame and her way of handling a long line of tourists.

Photos of Jay Fai’s restaurant, now crowded with customers sitting at tables set up on the public sidewalk to accommodate the never-ending overflow of customers from her restaurant, have been picked up by local media after they were posted on Pantip, a forum equivalent to Reddit in Thailand. Netizens demand the 72-year-old chef, Supinya “Jay Fai” Jansuta properly deal with her Michelin-starred status — and the customers that status has brought.

“Jay Fai has set up the tables [on the sidewalks] with no consideration to the public, as if she thinks ‘So what? I’m a Michelin-starred chef. I am the person who brought fame to Thailand,” user PTKNC, who started the thread, wrote.

He went on, “I understand, but rather than setting up their shops like this, maybe food vendors should find a bigger space to accommodate their customers? Don’t occupy the public sidewalks.”

Many agree and voice that Jay Fai’s famed restaurant is causing trouble for passersby. Others even called for a boycott to the restaurant.

“This is all about conscience. If only everyone realized that their action may cause trouble to others…well, Jay Fai wouldn’t have done this,” one comment said.

“Don’t eat at restaurants that set up on the sidewalk. The foundation of social conscience begins with all of us, both customers and food vendors,” another comment said.

One user pointed out that Jay Fai’s fame caught her by surprise and there was not much the chef could do in time to handle the constant promotions in media and government.

“From another perspective, what could Jay Fai do to please all of you? They overtly promoted her restaurant. Remember when she was just doing her job and one day she got a Michelin star and hundreds more customers?” user Skybaby wrote.

The user further said, “What if she closed down the restaurant and rejected all the customers, would Tourism Authority of Thailand and the Michelin committee have a problem with her? This is the best she can do now.”

While street food is a signature of Bangkok, the city still lacks proper management of the vendors.

Many attempts to clear out the sidewalks have been met with protests and complaints from the street vendors, who don’t want to move from their prime locations. 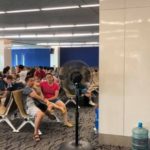 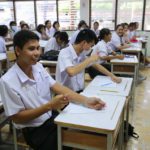