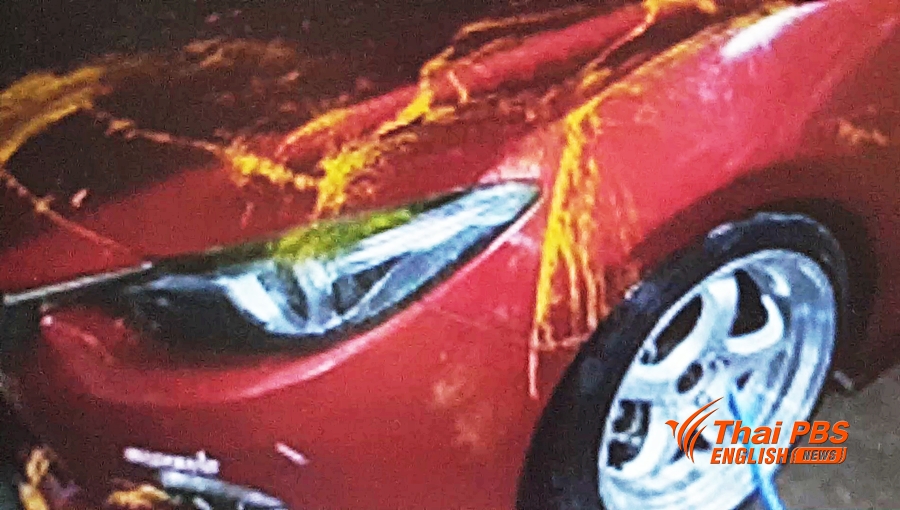 The mother of a four-year-old boy, who caused damage to a car by painting colour on it, has filed a complaint against a Facebook user for allegedly defaming her.

The woman filed the complaint with Bang Phli police in Samut Prakan today (Sept 19), accusing a Facebook user by the name of Nut Khaijeo of defaming her in the social media in violation of the Computer Crime Act.

The woman said her four-year-old son and a friend painted colour on a car out of naughtiness.  She asked the owner of the car to take it for repair at a shop and she would pay for the work.  The car owner refused to do so and asked for 35,000 baht compensation.  The woman disagreed and suggested that the parents of the other boy should also pay for the compensation.

After that a poster by the name of Nut Khaijeo, who she thought was the car owner, posted on Facebook the picture of her son and a message with harsh words against her, causing her to be condemned by netizens.

Thaksin speaks out on anniversary of 2006 coup