Locals have complained over Thai Media about annoying flower sellers who use young children to help peddle their wares at late hours on Pattaya Walking Street.

The Thai Media reports that they have received many complaints about annoying flower sellers who have disturbed tourists along Walking Street.

These sellers have been arrested before but now they have come back again. These people are not Thais according to the complaints.

Local residents said on Thai social media that they can see them after 2 AM every day. They tried to sell flowers to tourists. Some of them asked for money directly from tourists.

When tourists refused to buy flowers, they have tried to bother and harass the tourists. There are about 20-30 of them who are carrying young children like beggars.

Residents of Pattaya are asking for police to investigate and take action. Some social media users claim that some beggars are Filipinos and associated with Quiboloy, an infamous preacher in the Philippines.

Earlier this year we reported on several arrests that were allegedly related to the organization. 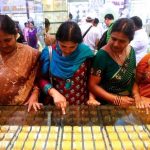 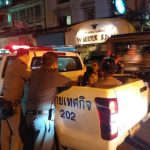 Multiple Beggars with children escape after being detained in Pattaya

Mark KellyJanuary 23, 2020
The worst Thai boxing skills ever’: Two drunk men fall over as they stagger around...
END_OF_DOCUMENT_TOKEN_TO_BE_REPLACED