Common and not-so-common injuries sustained at Christmas. The festive period is a time for family, friends and happiness. The worst thing most people face is a bit of digestive discomfort from overeating.

But for a few unfortunate individuals, Christmas is like a scene from National Lampoon’s Christmas Vacation. To avoid having a Christmas like the Griswolds’, try and learn some lessons from these unfortunate folk.

Most people illuminate their Christmas tree with electric lights, but people in some countries, like Switzerland, still prefer to use candles. Between 1971 and 2012, 28 Swiss people sustained significant burns from doing this, and four died as a result of their burns.

Although less common than household fires, fires associated with candles and Christmas decorations usually lead to much more severe injuries.

However, Christmas lights aren’t much safer. A study from Canada found that people who injured themselves installing Christmas lights spent an average of 15 days in hospital and, sadly, five percent of those injured died.

Christmas lights are particularly hazardous to children as they are the perfect size for them to eat or inhale.

Although festive baubles usually cause hazards in the home, they have been known to cause problems in health centres and hospitals.

Shortly after the festive decorations went up at a hospital in Copenhagen, Denmark, a technologist was summoned to investigate a “broken” blood gas analyser.

The technologist removed tinsel that had been draped over the machine and, voila, it worked once again.

Festivities out of the house also increase the chance of being injured. A recent study in the UK showed that assaults resulting in facial injuries, likely inflicted while out cerebrating the season of goodwill, increase significantly over the Christmas period, compared with the rest of the year and with other holiday periods.

Sadly, good weather doesn’t guarantee safety. An Australian study showed that over a Christmas and New Year period, a number of people were admitted to a major trauma centre as a result of injuries from jet-skis and boat propellers.

Meanwhile, on the other side of the ocean, Americans are busy injuring themselves, too. According to the United States Consumer Product Safety Commission, there were 407 Christmas-related admissions to health centres and emergency departments in December 2016. Surprisingly, more than half of those admitted were women.

The data shows that ten per cent of those admitted were younger than two years. In fact, children aged ten and under accounted for a quarter of all admissions.

The next largest admitted group, divided into ten-year age groups, were those aged 51-60 with 16%, followed closely by those aged three to ten with 15%.

Some of the more notable cases in the list of admissions are as follows:

As you prepare for the festive period, remember that the potential for accidents is all around, so take your time putting things up and don’t over do it..

It’s all about elf and safety. You don’t want to end up like the Christmas turkey: burned, sliced, dislocated and with a foreign object inside you. Merry Christmas! 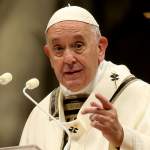 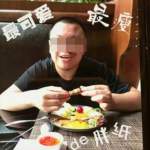 Mark KellyJanuary 22, 2020
A man and a woman, aged 30 and 24 years respectively, turned themselves in to...
END_OF_DOCUMENT_TOKEN_TO_BE_REPLACED