This is the astonishing moment police raided a factory and found 15 TONNES of coffee – made from BATTERIES.

Police were tipped off last week about the family-run business making ”dirty coffee” from a warehouse on a building site in Dak Nong Province, Vietnam.

They raided the unit on Monday morning – and were stunned to find hundreds of sacks of the dodgy drink and coffee covering the floor. 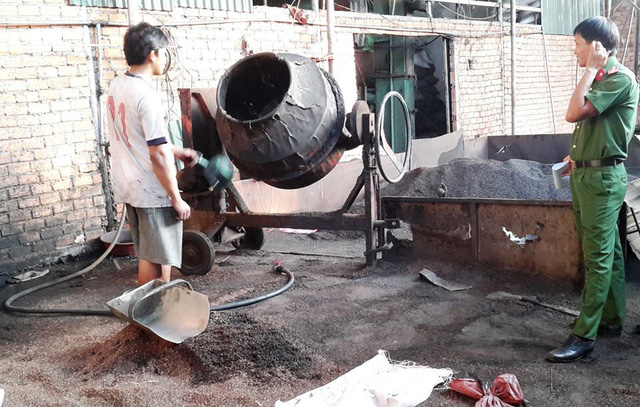 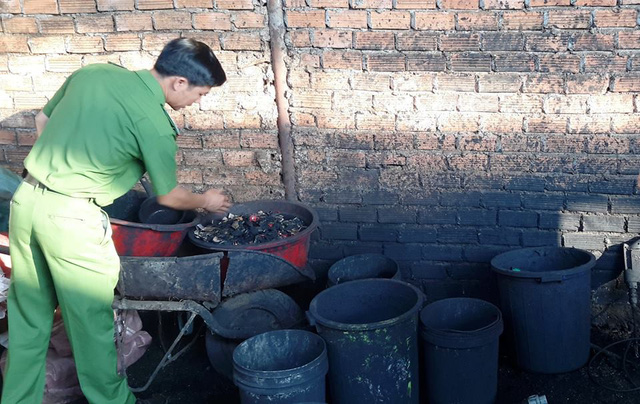 Female boss Nguyen Thi Loan told police the recipe was based on buying rejected coffee beans from large facilities, which she then ground with dirt, rock dust and charcoal.

A cement mixer was used to mix the crushed beans with fluid from D size batteries before it was roasted and packaged in rice sacks.

Bizarrely, the drink had been so popular that Nguyen Thi Loan had already shifted three TONNES to local businesses since the beginning of 2018.

Senior Lieutenant Colonel Pham Thanh Binh from the Dak Nong district police said the factory had been running for ”many years”.

He said: ”At present, the police are strengthening documents to deal with violations of this facility.

”In the process of investigation, the police are continuing to inventory, seize the evidence, take the testimony and consolidate the records for processing.”

Nguyen Thi Loan told police that after the coffee mixture was mixed, it would then before roasted and packaged before being distributed.

She said it was ”only for profit” and that three tonnes had been sold in 2018.

‘The Dak Nong Agriculture and Rural Development Inspectorate has took samples for testing to continue the investigation.”