The unnamed husband and wife, aged 26 and 24, sought out obstetrician Liu Hongmei earlier this year when a team of medics visited their village in Bijie city in China’s south-western Guizhou province.

She was quoted as saying: ‘The couple were very young, the man 26 and the woman 24. They were very healthy, but, despite being married for four years, couldn’t conceive.’

‘Their family was giving them a lot of stress because of it,’ she added.

The wife also revealed that the experience was ‘unusually painful’ for her every time, but she suffered through it in the hope of becoming pregnant.

The woman’s symptoms led Doctor Liu to believe that she may have had some sort of gynaecological disease.

Liu said she was ‘shocked’ when an examination revealed the wife to be a virgin.

According to China’s Guiyang Evening Post, Liu’s ‘experience’ led her to inspect the woman’s anus, which she claimed ‘could fit three fingers.’

Doctor Liu reportedly handed the couple each a sex-ed handbook and also gave them ‘guidelines’ before they were sent home.

The advice appeared to work, as news of the wife’s pregnancy arrived just a few months later. They reportedly informed the now retired doctor that they were finally expecting – by sending 100 eggs and a live hen as gifts to her former hospital.

Liu said: ‘Four years of marriage and neither the husband nor wife knew how to get pregnant. Couples so lacking in general knowledge are very rare.’

She added: ‘But it is not uncommon for people to lack or have misconceptions regarding sexual knowledge.’ 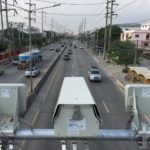 Hundreds of employers, workers without permits arrested in nationwide sweeps