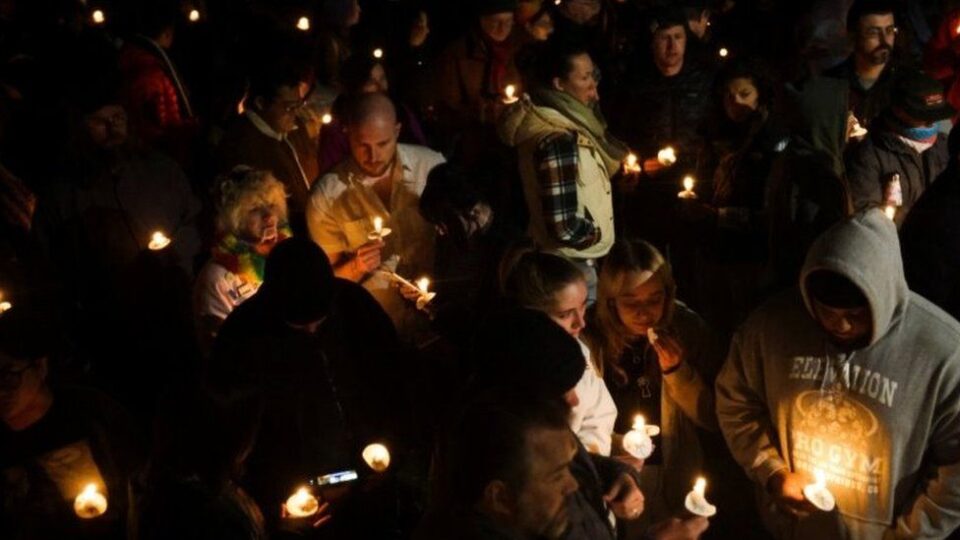 People at a gay club in the US state of Colorado have been hailed as heroes for subduing a gunman and preventing a deadly shooting from being even worse.

Colorado Springs Mayor John Suthers said one patron grabbed the attacker’s own gun and hit him with it during the shooting in Club Q on Saturday night.

Another club-goer reportedly helped to keep the gunman pinned down until police arrived.

The gunman killed five people and injured 25 more before being arrested.

The suspect, named by police as 22-year-old Anderson Lee Aldrich, is now in police custody.

Mayor Suthers described the intervention of several club-goers as an “incredible act of heroism”.

“This incident was over by 12:02, and that’s largely because of the intervention of at least one, possibly two, very heroic individuals who subdued this guy… appears to have taken his handgun with them… and used it to disable him… not shoot but hit him with the gun, and disable him.

“But for that, as tragic as this incident is, it’s a horrible crime, it could have been much, much worse but for these heroic actors,” the mayor added.

Governor of Colorado Jared Polis, who is gay, praised the “brave individuals who blocked the gunman, likely saving lives in the process”.

Matthew Haynes, one of the club owners, told the New York Times that “dozens and dozens of lives” had been saved.

“Initial evidence and interviews indicate that the suspect entered Club Q and immediately began shooting at people inside as he moved further into the club.

“While the suspect was inside of the club, at least two heroic people inside the club confronted and fought with the suspect and were able to stop the suspect from continuing to kill and harm others.

“We owe them a great debt of thanks,” Mr Vasquez said.

Police are still trying to confirm exactly how many people were injured, adding that some people took themselves to hospital.

An investigation is now under way to determine whether the shooting was a hate crime, and if more than one person was involved.

A statement on the Club Q Facebook page thanked “the quick reactions of heroic customers that subdued the gunman and ended this hate attack”.

“Club Q is devastated by the senseless attack on our community,” it added.

The venue was hosting a dance party at the time of the attack, and had planned to hold a performance event on Sunday evening to celebrate Transgender Day of Remembrance.

Joshua Thurman, 34, was in the club at the time of the shooting.

At first he thought the shots were part of the music, he told the Colorado Sun, but he later ran to take shelter in the club dressing room.

“When I came out there were bodies on the floor, shattered glass, broken cups, people crying,” he said.

“There was nothing keeping that man from coming in to kill us. Why did this have to happen? Why? Why did people have to lose their lives?”

Mr Thurman, who lives near the club, said it was an important part of the local gay community. He believes he knows one person who was killed.

Bartender Michael Anderson said he heard three bangs and saw the “outline of a gun” in the suspect’s hands.

“What I can’t stop thinking about is the visuals of the evening. Of the bodies, of the blood, of the broken glass, of the carnage in the wreckage and seeing a safe place turned into a war zone,” he told KKTV.

The state of Colorado has seen other mass shootings, including at a supermarket in Boulder in 2021 in which ten people were killed.

In 2015, three people were killed in a shooting at a Planned Parenthood Clinic in Colorado Springs.

In a statement from the White House, he said: “Places that are supposed to be safe spaces of acceptance and celebration should never be turned into places of terror and violence. Yet it happens far too often.

“We must drive out the inequities that contribute to violence against LGBTQI+ people.”

In 2016, 49 people were killed in a shooting at the Pulse gay club in Orlando, Florida. At the time it was the deadliest mass shooting in US history. 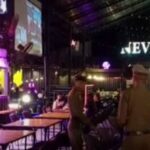 Mountain B pub renamed, reopened and raided by police 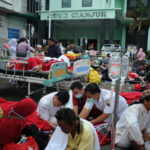