A daughter of former prime minister Thaksin has been promoted to a higher position in Pheu Thai, but Paetongtarn Shinawatra declined to say whether she might eventually run as the party’s candidate to lead the country.

At a Pheu Thai meeting held in Udon Thani on Sunday, Ms Paetongtarn was introduced as the project leader of a drive to attract new members to the main opposition party.

It marked another step forward in her political career, following her position in charge of introducing innovation and bolstering public participation of all age groups in the party founded by her father as Thai Rak Thai.

In naming her the project leader, Pheu Thai leader Cholnan Srikaew hailed Ms Paetongtarn for embodying the “DNA” of Pheu Thai before turning the floor over to her to set the future direction of the party.

Ms Paetongtarn said Pheu Thai hoped to expand its current membership of 8 million to 14 million in a push to attain victory in the next general election.

“The Pheu Thai Party must not only win the election, but also be the core party in a new goverment so that party policy will be implemented,” she said, admitting that the party had made mistakes which could serve as lessons for improvement.

Asked outside the meeting about her chances of becoming a candidate for prime minister, she said that until Parliament was dissolved it was too soon to talk about the issue.

The party has many members qualified to be nominated as a candidate for the premiership, she added.

The Shinawatras have produced two prime ministers in Thaksin and his younger sister Yingluck. Both were ousted from Government House by military coups.

Seksakon Atthawong, vice minister to the PM’s office, warned Ms Paetongtarn not to follow the footsteps of her father and aunt, who he said used their parliamentary power to further their own personal interests.

Mr Seksakon was a member of Pheu Thai before defecting to Palang Pracharath. 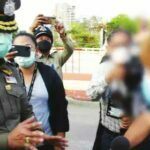 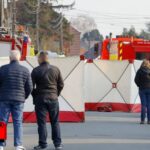 Six killed after car drives into crowd in Belgium