Home » ‘Close to being homeless’: Desperate Australians forced to hop countries as visas run out

Australians in Thailand say they will be forced to hop from one country to another until they can get on an elusive flight back home as the deadline to exit the south-east Asian country runs out.

Many of those stuck in the country say they are running out of money fast, with some saying they are at threat of homelessness because of the cap on arrivals back into Australia.

On Monday the Thailand government extended the grace period for visa renewals for foreigners stranded in the country until October 31, offering a small reprieve to those Aussies struggling to get a place on the government-chartered flight each week.

Paul Crawford, 54, travelled to Thailand in March to see his wife. A Thai national, she lives in Chiang Mai and he visits every three to four months.

He was meant to be back in Australia in August to start a job but got caught in Thailand’s strict lockdown.

“I’m tired of hearing people say ‘you should have left when the government said’, I don’t think people realise we weren’t allowed to move, I couldn’t leave my province,” he told The New Daily.

After lockdown, every flight Mr Crawford booked was cancelled. Unable to work in Thailand, the mechanical fitter had to withdraw $10,000 from his super to survive.

“At the moment that’s what I’m living on. That money will be my flight home, my quarantine and then whatever is left will be the money I have in Australia,” he said.

“When I arrive I’ll have no car and no job.”

Mr Crawford has to leave Thailand by the October 25, but getting on a flight out of the country is near impossible.

Each week the government charters one flight out of the country, but there are only 30 seats available. Last week, Mr Crawford was up against 220 other Australians, all desperate to get home.

If he can’t get a seat on one of the weekly planes home, he’ll be forced to ‘country hop’ until he can.

“The embassy is saying you need to leave, we won’t give you a letter for an extension,” he said.

“Lucky Thailand has been recognised as a green zone, I can go to Singapore where I don’t have to quarantine, but it’s not that easy. I have to get a flight, pay for accommodation, and then what do I do?”

He’s also considering Laos, which is open to visitors from Thailand but he would have to quarantine and could only stay for a short period – all while hoping he can get back into Thailand and on a flight home.

Last week a Senate committee hearing into the flight caps on arrivals heard there are over 26,000 Australians struggling to return.

Federal and state leaders have agreed to increase the cap on arrivals from 4,000 to 6,000 per week, but the committee heard some of those stranded Australians have not been able to reschedule flights until next year.

On top of this, some airlines are prioritising those paying more to fly business class.

Another Australian stuck in Thailand, a 22-year-old man who did not want to be named, has had three flights home cancelled since the country got out of lockdown.

He’s waiting for refunds for those three flights to be able to afford to book another one – a process that can take up to 60 days.

“Since July, I have been eating into my savings with no work, unable to afford most things and am close to being homeless, due to rent,” he said.

“I am yet able to book another flight as I simply cannot afford it until I receive refunds for flights and there is no way I can afford hotel accommodation.”

The Australian government is facing growing pressure to bring more Australians home, with Amnesty International saying it could be in breach of international human rights law.

“To get Australians home, the Federal Government needs to raise the caps they have in place that are preventing people from coming home,” Amnesty International Australia’s Joel Clark said.

“By raising it above the current arbitrary cap of 6,000 people returning per week, the government could have these people home in no time.”

The New Daily put questions to The Department of Foreign Affairs and Trade about how many Australians in Thailand are trying to get home and what assistance would be offered to those whose visas run out.

DFAT did not respond by deadline. 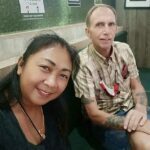 British expat, 62, found dead in a Thai forest two days after his local girlfriend, 43, claims he ‘ran away’ 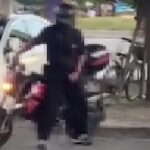