The Prachachuen police in Nonthaburi Province were notified of a dead baby stuck inside a toilet in a famous mall located in the Bangsue, Wongsawang area.

The maid realized that the toilet was clogged right before the mall closed down for the day on the 4th of this month (August 2019), it was clogged so bad that a plumber was called in to fix the issue before the opening hours of the next day. Little did the maid know, the plumber would discover that the reason behind the clogged toilet was truly horrifying.

This incident took place in Tower C of the shopping mall, the 5th bathroom stall in the female’s bathroom. A 5-month-old male fetus was found dead stuck inside the gooseneck of the toilet. The mother had tried to hide her sins by flushing the fetus down the toilet right before the mall closed down for the day in hopes that no one would ever find out what she had done.

It is still unknown whether the baby was dead or alive when it was flushed down the toilet. Manop 57 years old the plumber for the mall stated that at around 9 pm on the 4th a maid notified him of a clogged toilet in a female bathroom inside of tower C. The plumber went to inspect the issue, but the toilet was clogged so badly that he decided to wait until the next morning to fix the issue.

In the morning of the 5th, Manop called in 2 plumber friends to tear out the toilet. They found an unusual looking lump in the gooseneck so they used a stick to try and get it out. At this moment, one of the body parts of the fetus became loose and they started to realize that this was no normal clogged toilet case. As the lump turned out to be a fetus estimated to be around 5 months old.

The police were notified of the incident and they are currently working on the investigation process to find out who the woman is. They currently estimate that the mother had pushed the baby out at another location before bringing it to the mall in attempts to hide her pregnancy and to get rid of the fetus because the toilet was clogged just before the mall closed down for the day. 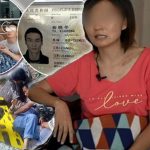 Update: Vlogger from the US gets a verbal beating from Pattaya locals