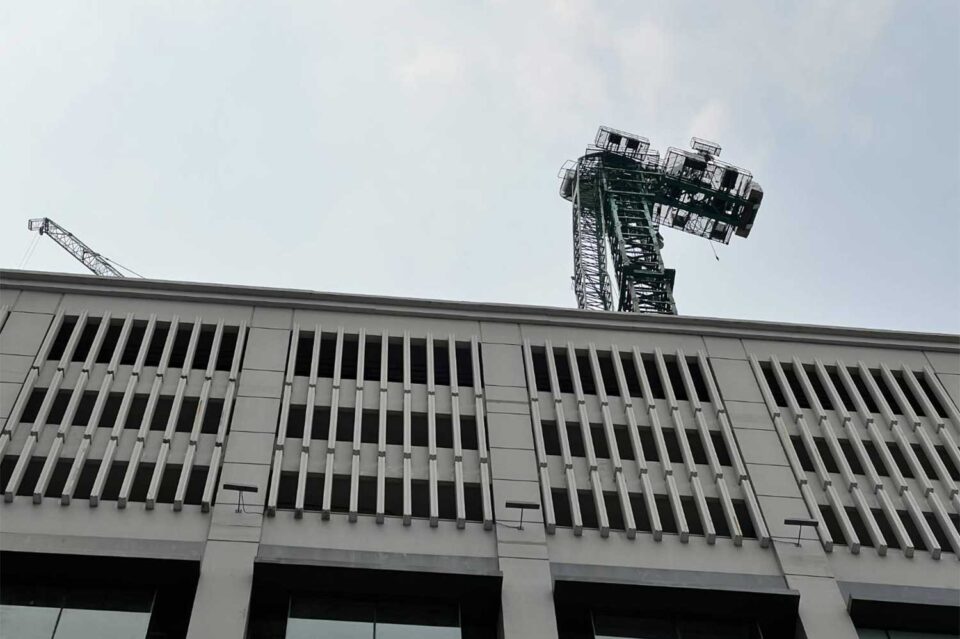 A crane arm broke and fell at a construction site near a shopping mall in downtown Bangkok on Thursday afternoon, killing one worker and injuring another.

The accident occured at the site of a new hotel, the exended section of The Market Bangkok shopping mall, on Ratchadamri Road in Lumphini area of Pathumwan district, Praram 199 radio centre reported.

The arm of a 20-metre high crane had broken and fallen to the surface.

Two workers, both from Myanmar, were seriously injured. They were rushed to a nearby hospital, where one of them was later declared dead.

An investigation into the accident has begun.

At 12.31 pm a crane arm collapsed near The Market Bangkok shopping mall in Pathumwan district, Bangkok. 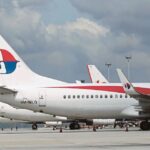 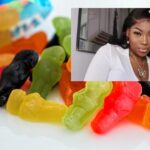