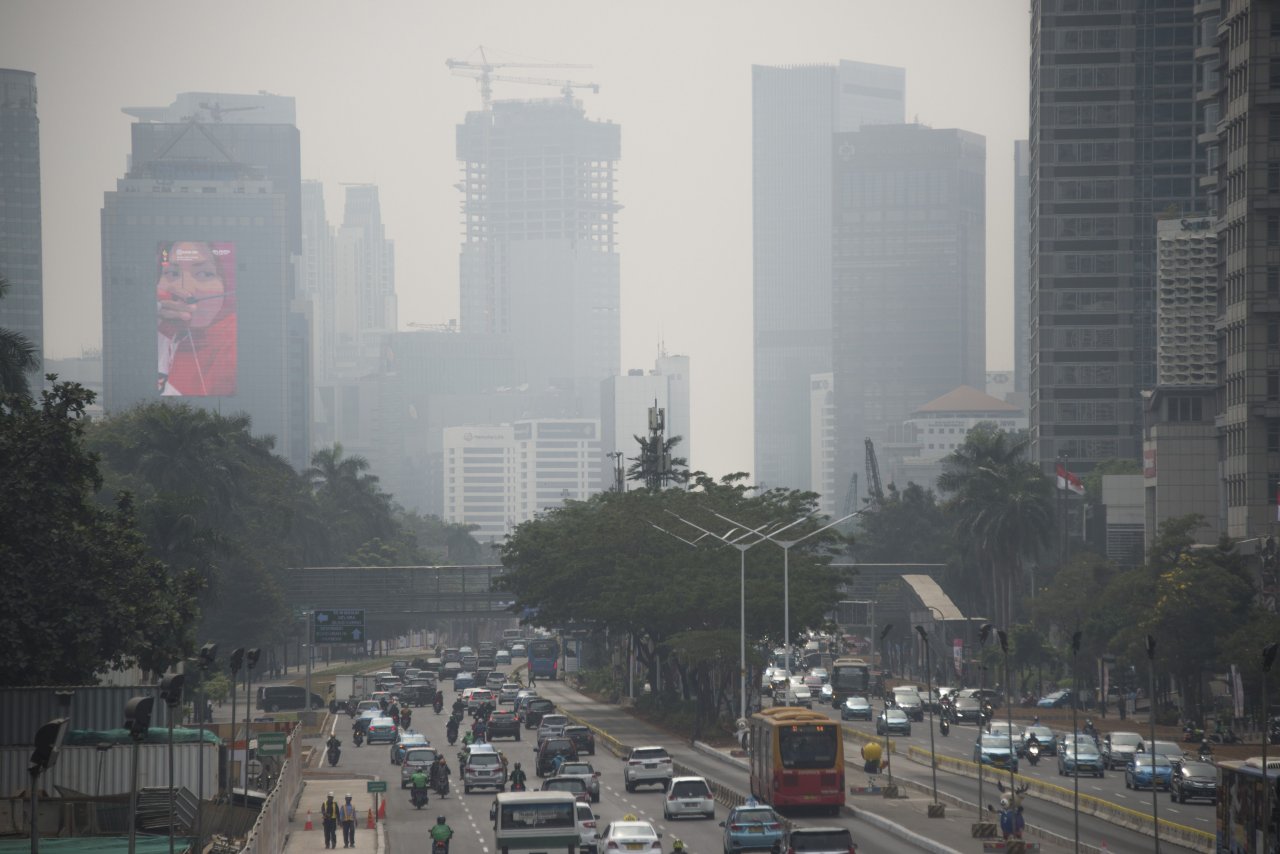 Choking hazard: Indonesia is about to open the Asian Games but its traffic-clogged capital Jakarta remains shrouded in a haze of air pollution that threatens to mar the world’s second-biggest multi-sport event.

Jakarta’s toxic skies have been stuck at unhealthy levels for weeks despite drastic efforts to cut down on congestion, including an odd-even licence plate system and the closure of some schools and toll roads.

The city’s air-quality index reading hovered around 107 on Friday, posing a danger for people sensitive to air pollution including those with respiratory problems.

But the index has regularly topped 150 this month, which is considered a health threat to the general population. A reading over 300 is seen as hazardous.

About 16,000 athletes and officials from 45 Asian countries — along with hordes of sports-crazy tourists — are flocking to Jakarta and co-host city Palembang for the showpiece event, which kicks off Saturday.

Athletes competing indoors will be relatively unaffected, but it’s a different story for outside sports like athletics, archery, baseball, softball and rugby, said Budi Haryanto, an air pollution and health expert at the University of Indonesia.

Competing in an environment with dirty air limits athletes’ ability to perform at their best, he added, with Jakarta’s average 31 degree Celsius temperatures already threatening to leave competitors drenched in sweat.

It’s a worry for racewalker Hendro Yap, 17, who hails from Indonesia’s cultural capital Yogyakarta where the climate is cooler and less polluted.

“For (people) who are used to running in Jakarta… it might be slightly easier,” he told AFP.

“But it’s still very hard. You sweat more. And in Jakarta it’s so polluted… that it’s hard to perform.”

There are some 18 million cars plying the roads of the sprawling city of 10 million — and the number of vehicles is going up every year.

The majority of Jakarta’s air pollution is due to vehicle emissions.

Environmental experts say there is little hope for clean skies during the two-week tournament.

“It’s hard to find a solution because the key lies in regulating emissions,” said Hindun Mulaika, climate and energy manager at Greenpeace Indonesia.

“The government still thinks this is purely a transport problem.”

Meanwhile, annual forest fires in Sumatra are threatening to envelop the sleepy city of Palembang in a different kind of toxic cloud.

Other countries have faced similar air pollution challenges including Beijing when it was set to host the Olympics in 2008.

The Chinese capital took successful, drastic measures including temporarily closing factories to clean up its skyline.