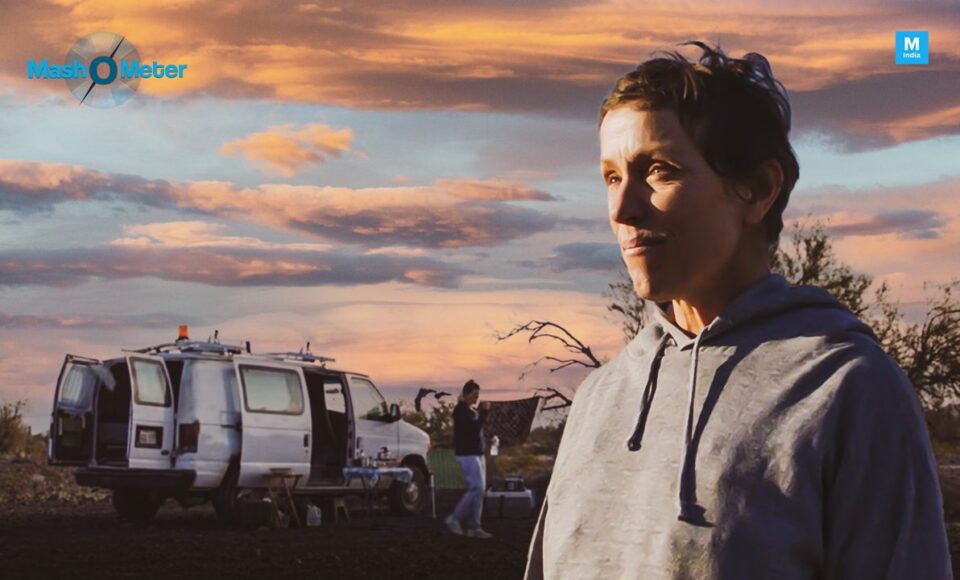 Chloe Zhao has made history by becoming the first woman of colour – and only the second woman at all – to win the best director award at the Oscars.

All three have been quietly compelling portraits of people, often played by non-professional actors, in the margins of society in the American West.

But her next film will be a departure – a Marvel comic blockbuster, Eternals.

Who is Chloe Zhao?

With her Oscar triumph, which comes 11 years after Kathryn Bigelow became the first woman to win best director for The Hurt Locker, 39-year-old Zhao has been recognised as one of the most distinctive and talented film-makers to emerge in recent years.

Born in Beijing, her father was a successful steel executive and her step-mother is the well-known Chinese comedy actress Song Dandan.

In her best director acceptance speech on Sunday, Zhao said: “I’ve been thinking a lot lately of how I keep going when things get hard. I think it goes back to something I learned when I was a kid.

“When I was growing up in China, my Dad and I used to play this game. We would memorise classic Chinese poems and texts, and we would recite them together and try to finish each other’s sentences.

“There’s one that I remember so dearly, it’s called the Three Character Classics. The first phrase goes… ‘People at birth are inherently good.’ Those six letters had such a great impact on me when I was a kid, and I still truly believe them today.

“Even though sometimes it might seem like the opposite is true, I have always found goodness in the people I met, everywhere I went in the world.

“And this is for you. You inspire me to keep going.”

She has had a tricky relationship with her home country, especially since a 2013 interview resurfaced in which she said there were “lies everywhere” when she was growing up.

“A lot of info I received when I was younger was not true, and I became very rebellious toward my family and my background,” she said.

Chinese authorities reportedly reacted by censoring marketing and mentions of Nomadland on social media, with questions raised about the film’s release in the country.

However, there was praise on Monday – after her win was announced – with users on Chinese microblogging platform Weibo calling her “the light of China” after her speech referenced her Chinese heritage.

One person commented that her speech appeared to have deeper political meaning, adding that “no smart person would think of abandoning the Chinese market”.

But other users noted how “strange” it was that neither her name or the Oscars made it to the top trending search list on Weibo.

In China, the Oscars are reportedly not being broadcast due to the controversies surrounding Zhao, as well as the documentary short Do Not Split, about the Hong Kong pro-democracy movement.

Zhao moved to England to study in Brighton at the age of 14 in the mid-1990s, despite speaking little English.

“What I remember most about her was that she loved a challenge, in a good way,” Alison Withers, a former teacher at Brighton College, a boarding school, told BBC South East Today.

“She came to a different country, a different culture, was always questioning why we did things, and just was willing to get stuck in. She was clearly very bright and picked up English terribly quickly.”

Zhao herself has fondly remembered her time “being very emo” on Brighton beach. “A lot of teenage angst, but those were some creative years,” she told the i newspaper.

After Brighton, she went to the US and studied political science in Massachusetts before moving to New York in 2010 to enrol in NYU’s Tisch School of the Arts’ graduate film programme, whose artistic director is Spike Lee.

It was a pivotal time for Zhao. She started working on her first feature film, Songs My Brothers Taught Me, a slow-burning coming-of-age story shot on a Native American reservation in South Dakota, shot using non-professional actors.

While at NYU, she also embarked on a partnership – professional and personal – with fellow grad student Joshua James Richards, from Penzance, Cornwall, who has worked as cinematographer on all three of Zhao’s films.

“There was a bond formed just through our taste and visually what we were drawn to,” he told IndieWire.

Richards was nominated for an Oscar of his own for best cinematography for Nomadland.

While working on Songs My Brothers Taught Me, Zhao met a rodeo rider called Brady Jandreau, and decided to construct her next film around him.

The Rider, which came out in 2017 (and listed Zhao’s father as an executive producer), followed a young man called Brady coming to terms with the aftermath of a bad rodeo accident, mirroring the real Brady’s own story.

It was named the year’s best film by the US National Society of Film Critics and BBC Radio 4’s Film Programme.

Zhao recently told The Telegraph about the stories that appeal to her. “Wherever I’ve gone in life, I’ve always felt like an outsider,” she said. “So I’m naturally drawn towards other people who live on the periphery, or don’t live mainstream lifestyles.”

She was drawn to the stories of people whose homes are vans, and whose transient, unpredictable but often liberated lives on the road were documented in the 2017 non-fiction book Nomadland: Surviving America in the Twenty-First Century by Jessica Bruder.

Zhao got to know many of the people from the book, and cast some of them to play versions of themselves in the film of Nomadland alongside the lead character Fern, a fictional role played by Frances McDormand.

Fern finds a new life on the road – and a new community among her fellow nomadic van-dwellers – after the death of her husband and the decline of both the company where she worked and the town she called home.

It has been an Oscars frontrunner since September, when it became the first movie to win the top prizes at both the Toronto and Venice film festivals.

The film has had its share of controversy, however, with some criticising Zhao for glossing over some of the problems documented by Bruder about work in an Amazon warehouse, one of several temporary jobs that Fern and her friends find.

But that did not derail its award momentum or stop Zhao becoming one of Hollywood’s most feted film-makers.

She has already made the move into the world of blockbusters. She will use her distinctive vision and voice in Marvel’s Eternals, about immortal superheroes played by Angelina Jolie, Salma Hayek, Richard Madden and Kumail Nanjiani.

She has been a fan of the Marvel Cinematic Universe for a decade. “I put the word out there I wanted to make a Marvel movie, and the right project came to me,” she said.

Eternals is due out in November. After that, she is reportedly scheduled to work on a “futuristic, sci-fi Western” take on Dracula.

She has said building a rich, convincing world on film is her “favourite thing”, whether that’s the world of rodeo riders or comic book heroes.

Speaking about her Marvel movie to Variety, she said she planned to “put a spin on it while still being true to the essence of it”.

“That’s exciting to me. It’s not that different than me going to the world of rodeo cowboys.” 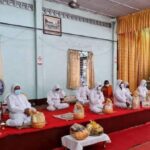 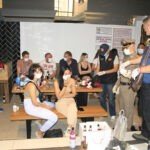