A Chinese tourist, 39, sustained severe leg injuries when she was hit by a propeller while the boat was moving to moor at Pileh Bay of Koh Phi Phi on Saturday.

The woman got off from the speedboat, King Poseidon 23, at its rear to dive while the
skipper was backing the boat to moor, said police who were reported at around 9am
on Saturday.

The tourist, identified later as Jang Sia Dan sustained severe wounds on both legs. She
was immediately taken to Koh Phi Phi Hospital for treatment before being transferred
to Vachira Hospital in Phuket due to severe bleeding, Thai media reported on
Saturday.

A police investigation found that the woman and 19 other Chinese tourists boarded
the King Poseidon 23 of a tour company in Phuket to dive at Koh Phi Phi island.

The tour group was led by a 37-year-old Chinese tour guide. Thai skipper Chatchai
Khacharoen, 26, drove the boat and Yingyong Khongkhamsuk, 26, was a boat staffer

Mr Chatchai told police that he took the tourists to Pileh Bay. According to him, while
he was bringing the speedboat back to dock, the Chinese woman suddenly went into
the water at the rear of the boat to dive.

At the time, he alleged he did not see the woman getting off the boat so he continued
to bring the boat to moor. But after other tourists shouted, he immediately stopped and
saw the injured tourist asking for help. He and his assistant pulled her back on the
boat and promptly sent her to the hospital, said the skipper.

Mr Chatchai, his assistant and the tour guide were held in police custody at Phi Phi
police station. They were initially charged with reckless collusion causing serious
injuries to another person.

Tourist numbers from China have declined in recent months after a diving boat
accident in Phuket that killed 47 Chinese in early in July. Chinese arrivals fell 6.7%
month-on-month in August and were down a further 25.3% in September and 0.2% in
October.

Authorities have been taking steps to improve the image of the country among Chinese
tourists, including a waiver of visa-on-arrival fees and improved safety measures for
land, air and water transport. 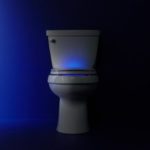 4 Toilet Seat Accessories You Need For Your Home