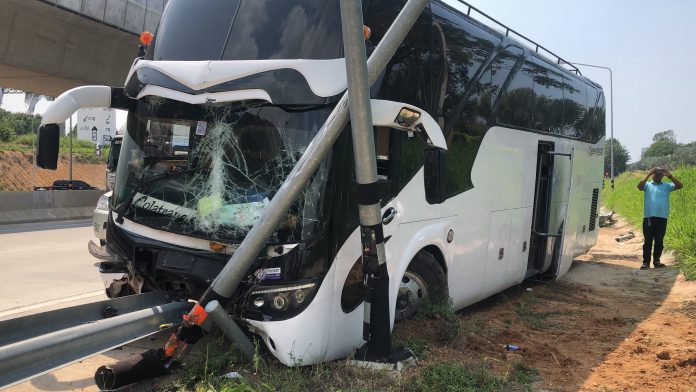 The Pattaya City Police, Pattaya news, the Pattaya Tourist Police and emergency responders rushed to the scene on Sai 7 Road in Nongprue at 1:30PM.

At the scene they found a damaged tour bus collided with a power pole and guardrail. Seven Chinese tourists had sustained minor injuries. They were taken to Bangkok Hospital Pattaya.

The tour bus driver, 39 year old Kietichai Sanejak, said they were on the way back to Bangkok from Pattaya.

The axle of the bus came off and he lost control of the bus before colliding with a power pole and the guardrail.

The bus driver said he had already realized that the axle was broken. He claimed to have already told the bus company. The bus company allegedly said they would fix it after today’s trip. 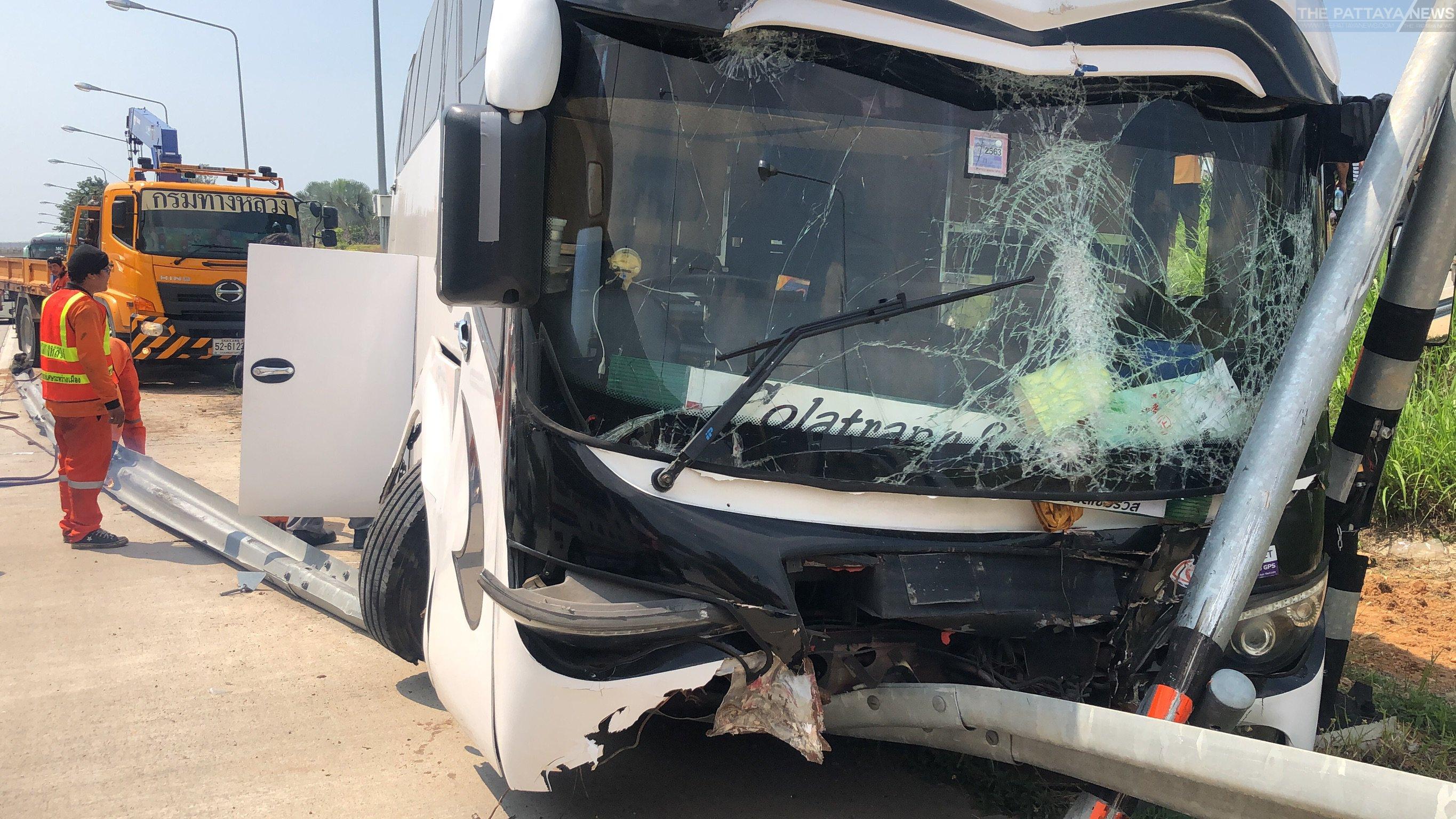 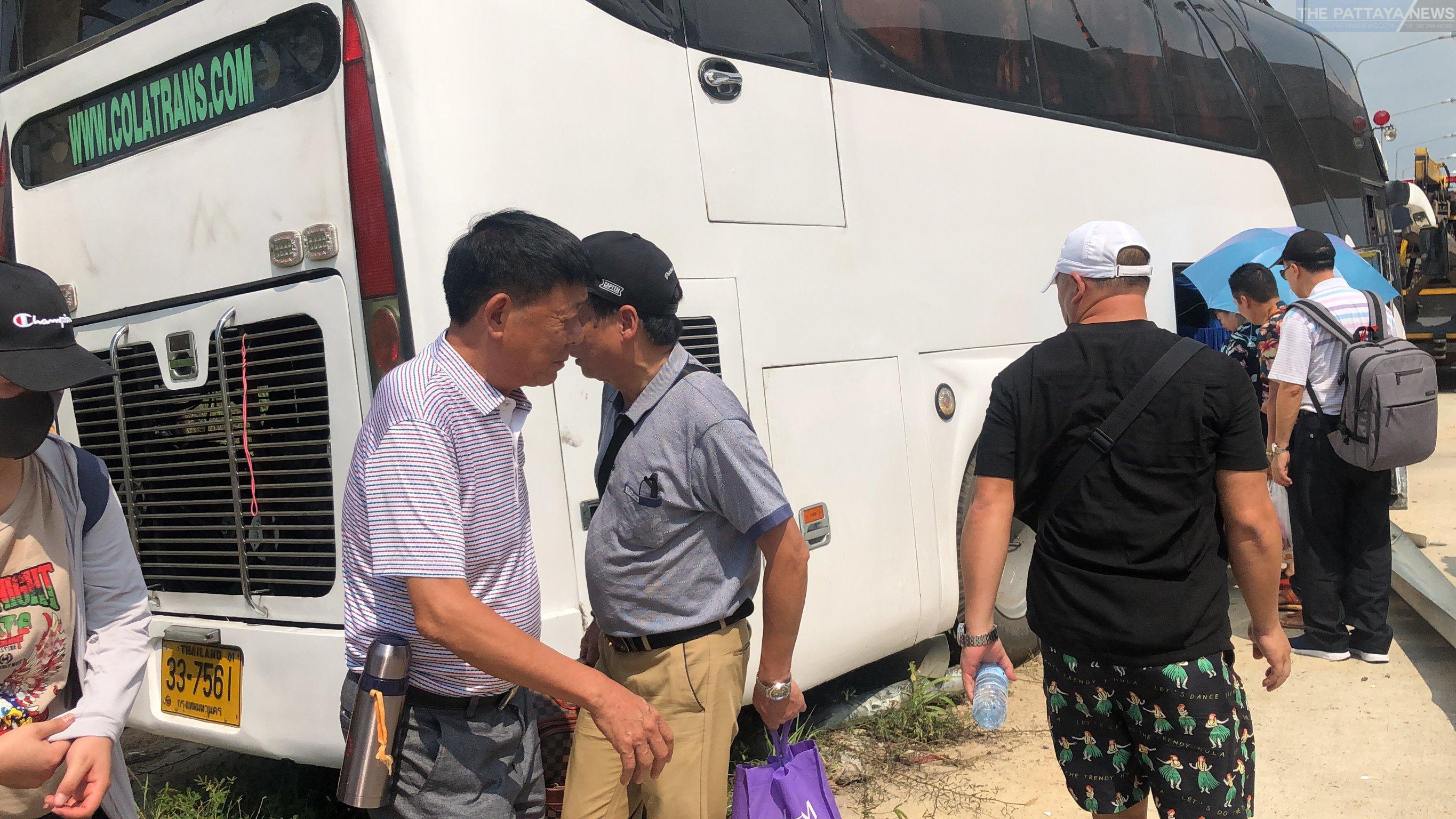 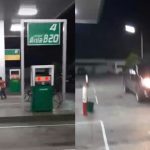 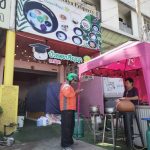