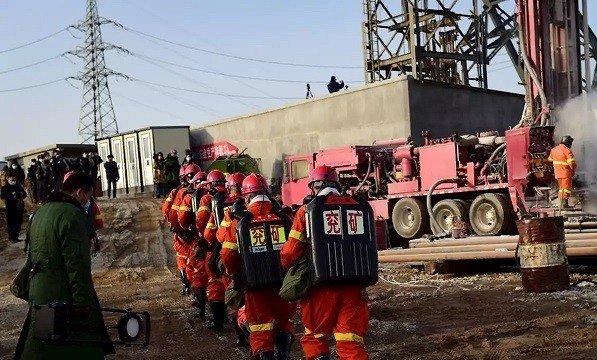 Twelve miners trapped underground after an explosion in a Chinese gold mine a week ago are still alive.

They sent back a note saying “don’t stop trying to reach us” when rescuers seeking signs of life lowered down food rations taped to wire cable.

A telephone connection has now been set up. The fate of another 10 men missing after the blast remains unclear.

Mining accidents in China are not uncommon and are often due to poorly enforced safety regulations.

The 22 were trapped at the Hushan mine near Yantai in eastern Shandong province on 10 January after an explosion damaged the exit and the communications system of the mine, which was still under construction.

Rescuers have spent days tapping and waiting for signs of survivors – until finally they felt pulling on ropes they had lowered into the mine.

According to state media, rescuers managed to make contact with some of the miners through a long, thin communication shaft they had drilled from the surface. They later sent food, medicine, paper and pencils into the hole.

According to the handwritten note they retrieved back from the shaft, 12 people are alive in the middle section of the mine.

“There are 11 others – one is injured, and the status of the remaining 10 is unclear,” said the note-writer. In it he asks for pain killers and says they hope for a rescue, before ending with thanks to the rescue team.

Later on Monday, Chen Fei, the deputy secretary of Shandong’s Yantai city, said phone contact had also now been made with the trapped miners, who he said are “currently very weak”.

“After we opened up the third shaft, it had a really excitable effect on the people connected. They were very confident and very hopeful that they would soon be able to get out of the mine,” he told a news conference.

“We established they needed emergency medicines and equipment.”

Two batches of provisions and one of medicine had been sent down the mine, which Mr Chen said were enough to last those trapped two days.

As well as pain killers, the 12 miners had reportedly asked for anti-inflammatory drugs and medical tape for the injured.

They also said there were high levels of underground water.

One of the rescue workers said they were now racing to get the miners out.

“Next step, we’ll continue to use life detectors and other equipment to contact those trapped underground. At the same time, we’re speeding the clearing of the main shaft and drilling additional rescue holes.”

Chinese media report there are also several other rescue shafts being drilled in the hope the workers – thought to be about 600m (2,000ft) from the entrance – can be evacuated.

Initially, it took more than a day for the accident to be reported, meaning rescue teams lost precious time to start their attempt to reach the miners.

Both the local Communist Party secretary and mayor have been sacked because of this 30-hour delay. 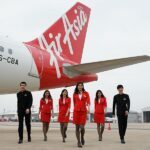 Thai AirAsia to keep only one-fourth of staff 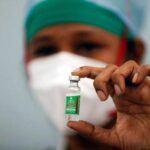