Home » SUV Crashes Through Children’s Arcade In The Philippines

This is the horrifying moment a pensioner’s car smashed through a packed children’s amusement arcade killing one and injuring eleven others.

Dozens of children and their parents were inside the ‘Fun House’ in Cavite, the Philippines, on Wednesday March 13 afternoon when the SUV lost control.

CCTV shows how it accelerated from the car park in front of the building before ploughing through the glass shop front.

Claw grabbers and other games were knocked over and scattered around the room as the Mitsubishi Montero
hit several people inside.

Father-of-one Rollen Sartiel, 22, died later in hospital while eleven other people were treated for minor injuries and later released.

Police detained the driver Rosendo Mamucod, 66, who told officers that he was trying to park his automatic transmission SUV when it suddenly lunged forward.

He said: ”I couldn’t stop my car. I was trying to park when it jumped forward and there was no way for me to stop it. I don’t know how it happened.”

Officers said Mamucod would be charged with reckless driving leading to death and damage to property.

Case investigator Marlon Ramirez said: ”The driver was there inside his car and he had not gotten out of it yet. His claim was that the vehicle just suddenly accelerated but we are still investigating what really happened.” 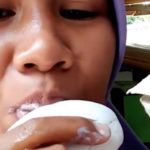 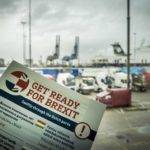 No major harm to Thailand from Brexit, say experts