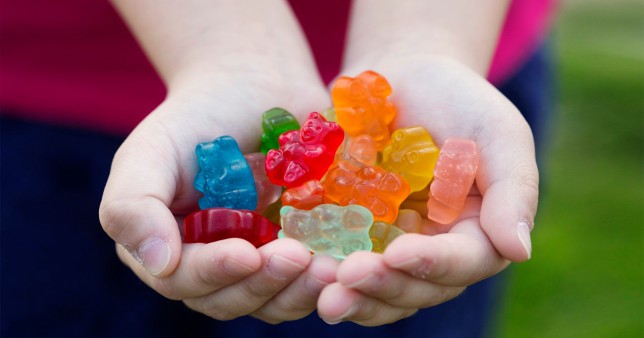 Several schoolchildren have fallen ‘very ill’ or have been hospitalised after eating gummy sweets laced with cannabis, the Met Police has warned.

There has been an increase in young people buying ‘what first appear to be regular jelly sweets, gummy bears or similar’ but are actually infused with marihuana.

The sweets cause a similar effect to smoking the drug and have a ‘detrimental’ impact on children eating them, said officers.

Several pupils in Sutton, south London, were rushed to hospital on March 12 after eating such sweets.

Police said they have received further reports of similar incidents since then.

The Met has now issued a warning to parents that any children caught with the sweets at school will be directed to the police.

It shared images of a seized purple Runtz Gummies packet in which the sweets had been found. ‘Keep an eye out for the below/similar packets of sweets.

They have “cannabis infused” or similar written on them,’ said the Met.

Although no one has ever died as a direct result of using cannabis, people can misjudge doses – particularly when it is eaten – and can suffer vomiting and panic attacks.

The warning read: ‘There has been an increase in young people buying what at first appear to be regular jelly sweets, gummy bears or similar sweets. ‘

These sweets are not what they appear to be. They are in fact mixed with cannabis and have a detrimental effect on those eating them.

‘Sadly, a number of school pupils in Sutton have been either made very ill or hospitalised as a result of eating them.’

Several schoolchildren have fallen ill and been taken to hospital (Picture: Getty Images) 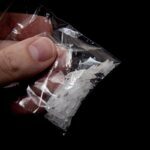 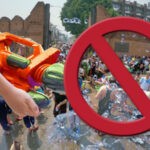 The strict measures during Songkran fest