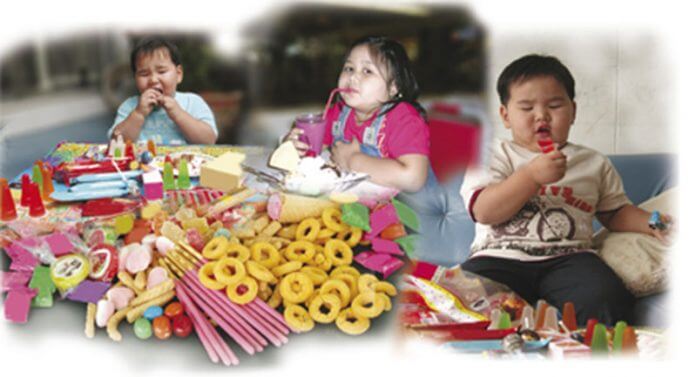 At an event on health and nutrition across ASEAN held Wednesday evening at the Miracle Grand Convention hotel, former deputy health minister Wallop Thainua said that roughly 10 percent of Thai children are overweight, a steady figure that has persisted among the population for at least five years.

He said that in children 5 and under, about 9 percent were overweight. That percentage jumps to 13.1 of children 6 to 14.

The same overweight group is likely to correlate with the 10 percent of children of short stature, Wallop said.

Lack of nutrition is also a problem – about 5.6 percent of youth 5 and under were underweight, which fell slightly in the 6-to-14 group.

Excessive sugar and sodium from processed foods and street food as well as increasingly sedentary lifestyles were also blamed for the rise in obesity in children, adults and even the clergy.

In the United States, the rate of overweight children is double, with about one-in-five American children considered obese.