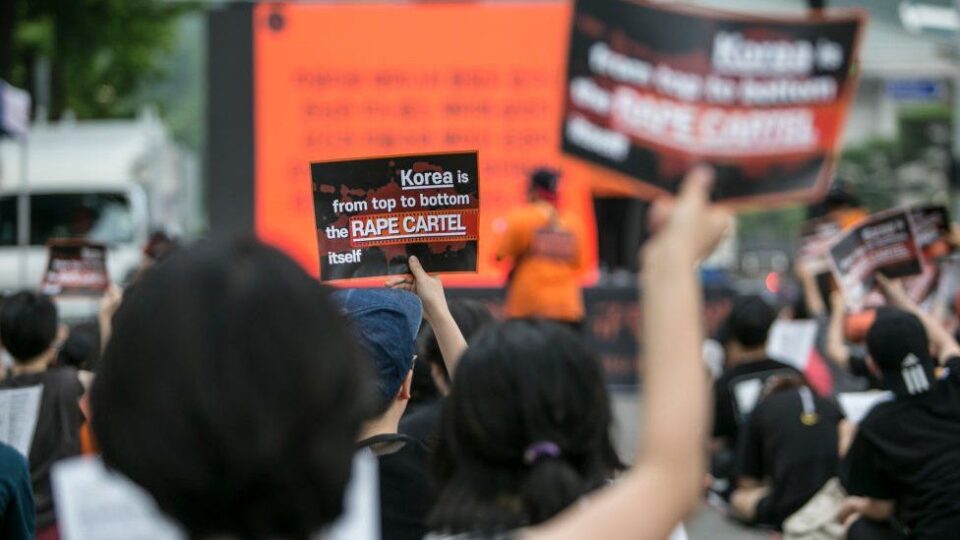 Twelve years ago, on the morning of 11 December, an eight-year-old girl was walking to school in Ansan, south-west Seoul, when she was kidnapped by Cho Doo-soon, a 56-year-old ex-convict.

He took her to a toilet in a nearby church, where he brutally beat and raped her.

Na-young – not her real name – survived. But she still suffers physical injuries and mental trauma from the attack.

And now, she has had to move: her rapist has been allowed to return to Ansan, where he committed the crime. Cho’s new residence is less than 1km (0.6 miles) from Na-young’s house.

“We didn’t want to run away but had no choice. I also wanted to deliver a message that the government did nothing but forced the victim to go into hiding,” her father told me just days after Cho was freed, having served a reduced sentence of 12 years.

He added that Na-young was reluctant to move because she did not want to leave her close friends. The family were also afraid of exposing their identities by moving. But they felt that it was still their only option.

“Many years have passed but still nothing has changed. The burden still falls entirely on the victim,” he said.

Drunkenness as an excuse

Cho’s case sparked massive criticism of the country’s judicial system for being lenient on sex offenders.

He was initially sentenced to 15 years’ imprisonment. But an appeal court later reduced the term to 12 years, as he claimed he was drunk when he raped the girl. That’s because in South Korea, penalties for crimes committed under the severe influence of alcohol carry far more lenient punishments.

However, the public cried foul when his sentence was reduced. Yoon Jung-Sook, from the Korean Institute of Criminology, said that Cho’s case prompted nationwide debate.

“His case changed Korean law and the way we view drunkenness in crime,” Mr Yoon said.

Since Cho’s case, the national legislature has amended the law to make it more difficult for defendants to use alcohol intoxication as a defence.

However, the provision remains despite growing calls for abolition, and the judgment of “drunkenness” has continued at the discretion of the court.

Notably, in October 2019, a 26-year-old male had his sentence reduced from three years in prison to four years of probation for sexually assaulting a college student. His defence argued he was drunk at the time of the incident.

And earlier this year, a 24-year-old man named Son Jong-woo was released just after 18 months in jail for running the world’s largest darknet child pornography website. In July, a local court rejected a US request to extradite him.

Cho’s release has incited public fear and anxiety in South Korea. More than 600,000 people signed a petition on the presidential Blue House’s website, calling for a retrial and arguing against admitting him back to society. But the government has refused.

Public anger was apparent when Cho, now 68, returned to his wife’s residence in Ansan on December 12. A large crowd turned up shouting “execute him!” and “castrate him!”.

When the grey-haired convict arrived in a government van, escorted by parole officers, some angry protesters hurled eggs and kicked the vehicle.

To ease public concerns, police have promised round-the-clock monitoring, installed 35 surveillance cameras, and set up new police booths around Cho’s neighbourhood. In addition, Cho will have to wear an electronic monitoring device for seven years.

They have also offered Na-young’s family a smartwatch that will detect and signal if the perpetrator gets close to them. But her father said it would make them “feel more anxious”, and the family has refused to use it.

“If the watch sends an alert to my daughter, she will be freaked out,” he said, adding he was afraid the device would likely help people identify her as the victim of the attack.

‘Where is the victim’s voice?’

Legal analysts say the justice system is changing but not enough.

Jung Seung-yoon, a law professor at the Pusan National University believes that there needs to be “changes in sentencing and procedure of release” to lawfully monitor released criminals without having to worry about dual punishment.

Jung said: “If the court had sentenced Cho 30 years instead of 12 years, we could have still released him after 12 years – but with very strong conditions to prevent repeated crime.”

“The Korean legal system should care more about victims’ opinions. Where was the victim’s voice when the court ruled 12 years in prison for Cho Do Soon?”

Partly prompted by Cho’s release, lawmakers have proposed several rules for sex offenders released from prison. Notably, Kim Young-ho of the ruling Democratic Party proposed a bill seeking a life sentence for child sex offenders if they repeated the crime and also segregating them from society.

Rep. Jung Choun-sook of DP has also proposed a bill aimed at strengthening restraining orders from a 100m away from schools and playgrounds to 1km.

“The key is to increase the penalty (on child sex offenders) and beef up protection measures for the victims,” Ms Jung wrote on her Facebook page.

Cho’s case also has led the national legislature to create a bill-dubbed “Cho Doo-soon law”, which prohibits sex offenders of minors from leaving their homes at night and during hours when students commute to and from school.

However, Yoon Jung-Sook, from the Korean Institute of Criminology, said that “because it’s impossible to isolate these criminals from our society forever, the criminal system must ensure that they reform when they return”.

She added that correctional facilities must put more efforts toward rehabilitation of those criminals for the “good of our society”, noting that punishment itself statistically does very little to deter recidivism.

She said: “Everybody hates sex crime offenders. We all know that. The whole world hates them. But their return is inevitable. They will be back.”

There also needs to be much more to support victims, says Na-young’s father.

He is afraid that the huge attention followed by Cho’s release “will eventually disappear”, adding that what victims’ families need is “constant attention”.

“It will be more helpful, if there is an appointed public official or social worker who can keep in touch with victims. Just once in a month or every two months, giving us a call, asking how we’re doing will make us feel much safer and more secured.”

“You are not alone and we support you. That’s what victims’ families really want to hear.” 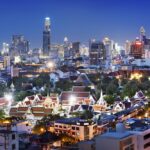 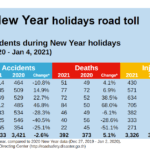