Thailand’s Ministry of Social Development and Human Security has decided not to renew the license of the Child Protection Foundation, after its secretary-general was charged with assault and illegal use of child labour.

Montri Sinthaweechai, aka “Khru Yun”, the foundation’s secretary-general, said this weekend that he will consult with the foundation’s committee about what to do next with the child care centre in Amphawa district of Samut Songkhram, where about 50 minors were housed and educated.

Anukul Peedkaew, permanent secretary at the Social Development and Human Security Ministry, said that the license of the foundation is due to expire in January next year and it will not be renewed.

For the 20 students who are still at the centre, he said all of them will be moved out and placed under the care of the ministry, which is already taking care of the 29 students moved out of the centre following the exposure of the alleged beatings and use of child labour.

Some parents arrived at the child care centre in Amphawa district yesterday to pick up their children, some of them have been at the centre for eight years 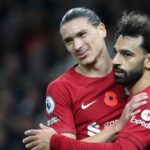 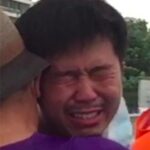