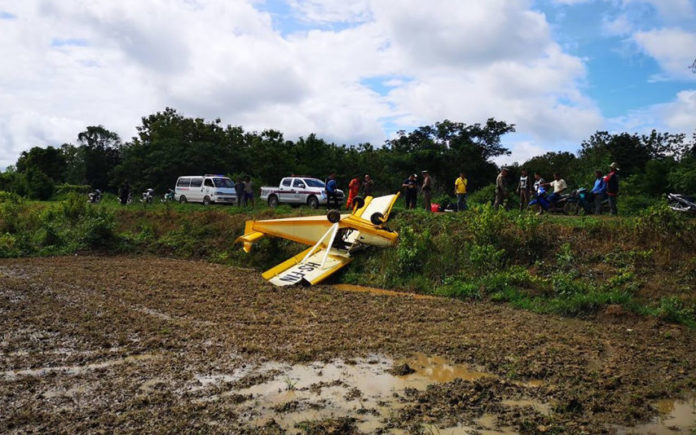 A light aircraft traveling from Chiang Mai to Bangkok has crashed into the edge of a field in Sukhothai yesterday morning, Aug. 26.

The owner, Mr. Prakit Sapphiphana, 51 from Nonthaburi was piloting the two-seat yellow light aircraft when the engine failed mid-air. He told police that he managed to land the aircraft on a dirt road but couldn’t bring it to a stop, the plan flipping upside down next to a field as a consequence.

Mr. Sapphiphana was treated for minor injuries. There was some concern that fuel leaking from the aircraft at the crash site could cause a hazard. 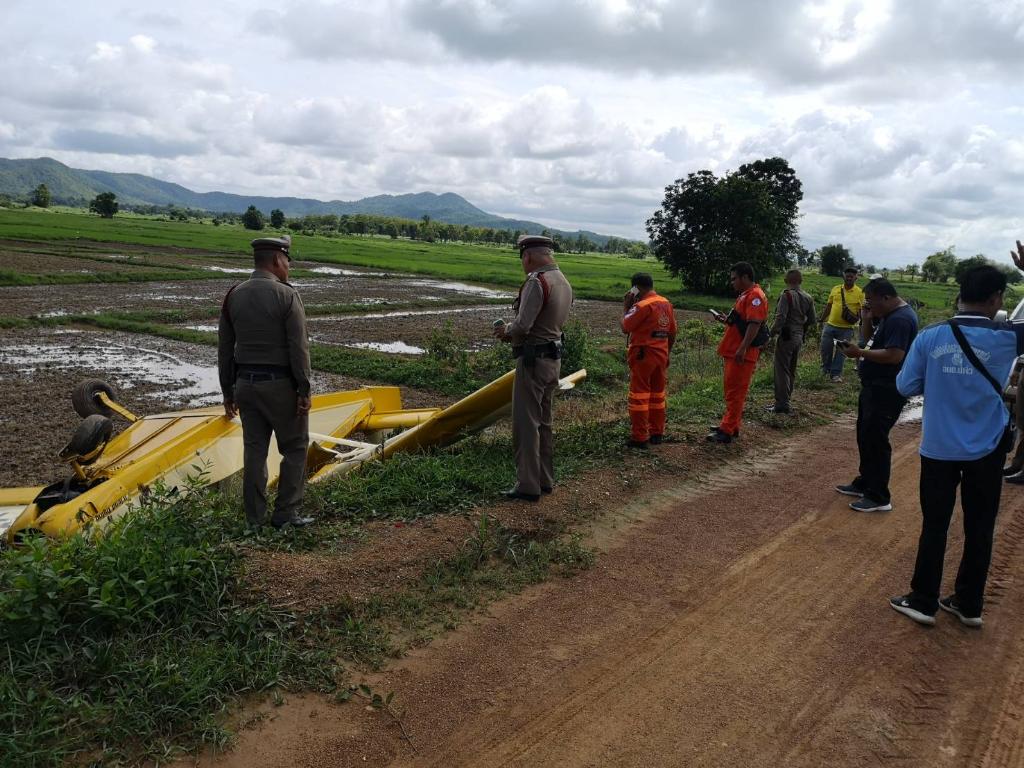 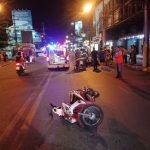 Pedestrian seriously injured after being hit by taxi motorbike in Pattaya