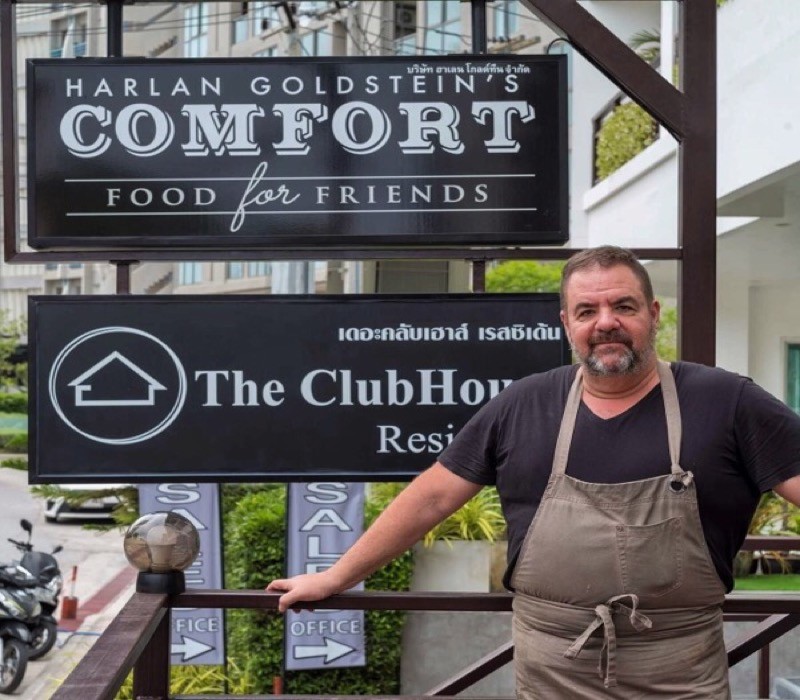 “I don’t have an MBA but I’m street smart and employ good people.” – Chef Harlan Goldstein

Successful entrepreneur, Hong Kong celebrity, but first and foremost a chef with a burning passion, Harlan Goldstein is a culinary trailblazer who lets nothing stand in his way. With a larger than life attitude that springs from his roots in New York City’s tough Lower East Side, Harlan has managed to climb his way to the top of Hong Kong’s culinary ladder and built a Michelin star-studded empire from scratch.

Now, he is turning his culinary talents to Thailand and is about to establish his first venture in the Cosy Beach area of Pattaya.

Harlan’s story began in the kitchen of his uncle’s New York City restaurant. At the tender age of 14, his career kicked off with a training placement in a Florida kitchen; and soon after, he shipped off for a formal apprenticeship at the prestigious Montreaux Palace Hotel in Switzerland. There, he quickly mastered the French language whilst working alongside a brigade of 80 French-speaking chefs, and returned to several prestigious roles back in the United States.

At the young age of 28, he was appointed executive chef at Shangri-La’s China World Hotel in Beijing – thus beginning his culinary foray into Asia, which also included a fruitful two years in Bangkok to study Thai cuisine.

After being given carte blanche to create fine dining at Hong Kong’s Aberdeen Marina Club, he succeeded in establishing the Club’s reputation and gained considerable traction with a clientele who were tycoons and the most prominent entrepreneurs in Asia. Within five years, the respected Club named its signature restaurant Harlan’s, speaking volumes of his achievements during his tenure.

The brand of Harlan Goldstein was born.

Harlan Goldstein’s dream of opening his own restaurant was realized when, during one of the biggest bull markets in history in 2004, he opened Harlan’s at IFC. The restaurant gained rapid renown among the city’s most influential and quickly paved the way for the opening of three more off-venue concepts at IFC: H One, The Box and G Bar.

Through his attentiveness, Harlan has ensured high quality and standards in each and every project he undertakes. He insists on perfection and is involved with every aspect of the restaurant business from the conception of the idea to menu design, staff selection, and training. His creative spark is ongoing and ever-changing; and he has also self-published two cookbooks, Harlan’s Undressed Dinner Collection, and The Gold Collection by Harlan Goldstein.

After successfully conceiving and opening three more unique concepts in Hong Kong at number 8, Lyndhurst Terrace – EeDaLe, Mamasita’s Cantina and My Thai Thai; Harlan decided to take a break from Hong Kong last year and is now opening his first restaurant in Thailand.

Harlan Goldstein’s Comfort Food for Friends will open in the Cosy Beach area of Pattaya at the end of January. The restaurant will, as its same suggests serve, comfort food from the around the world which are influenced by Harlan’s 38 years traveling the world as a chef. The menu encompasses Spanish, Italian, Mexican and Japanese comfort food favorites, with even one or two Thai inspired dishes thrown in. “The concept is created to make you feel relaxed and welcome,” says Harlan. 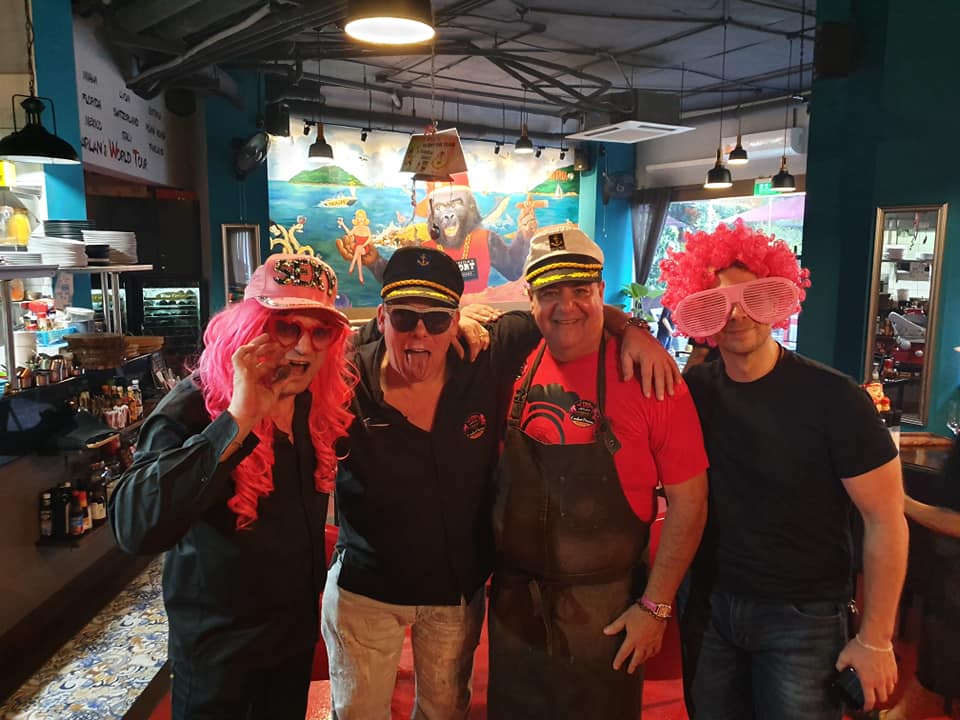