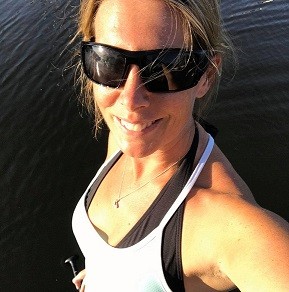 CHEATING police officer who strangled his lover after she exposed their affair has today had his ten year sentence increased after an appeal.

Timothy Brehmer killed mum-of-two Claire Parry after she sent a text from his phone to his wife, saying: “I am cheating on you.”

She was left with “unsurvivable brain injuries” after being strangled in the car park of the Horns Inn pub in Dorset, on May 9 and died in hospital the next day.

But he claimed the 41-year-old suffered fatal injuries as he tried to push her out of the car and drive away.

The traffic cop was cleared of murder following a trial at Salisbury Crown Court last year but previously admitted manslaughter.

Brehmer, then 41, was caged for ten-and-a-half years in October sparking fury among Claire’s family.

Judges at the Court of Appeal have now increased his sentence by three years to 13-and-a-half years.

They also rejected a bid by Brehmer to have his sentence reduced.

His original jail term was referred to the Court of Appeal by the Attorney General’s Office (AGO) under the unduly lenient sentence scheme.

In the ruling, Lord Burnett said “too little weight” was given to the aggravating features in the horrific case.

He added: “The extent of her injuries shows that she was under attack for some time and clearly a period which exceeded the 10 to 30 seconds or more that her neck was compressed.

“She struggled in a fruitless attempt to protect herself and must have been aware of what was going to happen.”

The judge added: “The offender’s conduct and lies after the attack were reprehensible and calculated to deflect attention from what he had done.”

After today’s ruling, acting Attorney General Michael Ellis QC, said: “Because of his actions, Claire Parry’s family have lost a wife and mother, and her community have lost a dedicated nurse.

“I greatly welcome the decision by the Court of Appeal today to increase Brehmer’s sentence.”

At his sentencing last year, Mr Justice Jacobs told Brehmer he “knew full well what you had done” after seeing footage of him break down while being tended to by medics.

The judge said he grabbed the mum-of-two by the neck “deliberately” and killed her after “losing his self-control” as she texted his wife Martha to reveal their ten-year affair.

He rejected Brehmer’s claims he killed Claire by accident in a “kerfuffle” – and slammed him for lying about it as cops arrived.

The judge said the experienced officer “must have known” she was dying, after he caused her “severe” neck injuries but “did nothing to help”.

On the day of the killing, Brehmer told his wife Martha he was going to pick up some steaks for a family BBQ later that day.

Around three hours later, she received a message saying “I am cheating on you” from her husband’s phone.

The court was told Claire had sent the text to Martha after growing “angry and upset” with her lover.

In the days before her death, Claire had started to believe her marriage was coming to an end as well as her relationship with Brehmer.

She discovered the “womanising” cop was having affairs with at least two other women and was dubbed “Mr Smooth” for his string of mistresses.

After Brehmer strangled Claire, he broke down as paramedics rushed to the scene.

The officer then said “god, she’s got kids” after the mum-of-two was found limp in his Citroen C1.

The Dorset Police constable said: “Claire meant so much to so many people and he has robbed me of the opportunity to save my marriage.

“This trial has been a whole new level of pain and humiliation for me, listening to Brehmer tell lie after lie.”

And he revealed how he was left feeling “helpless” as his daughter woke up crying for her mother – while their son had at first thought he was joking when he told them their mum had died.

He said: “I was so useless. I have never felt so lonely.”

Jane and Philip Jordan, Claire’s parents, added: “This man has caused devastating changes to our lives which we will always live with and suffer.” 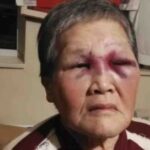 Granny who fought off attacker in US praised for bravery 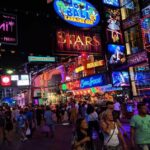