Home » What channel is the Community Shield on? How you can watch Chelsea vs Man City 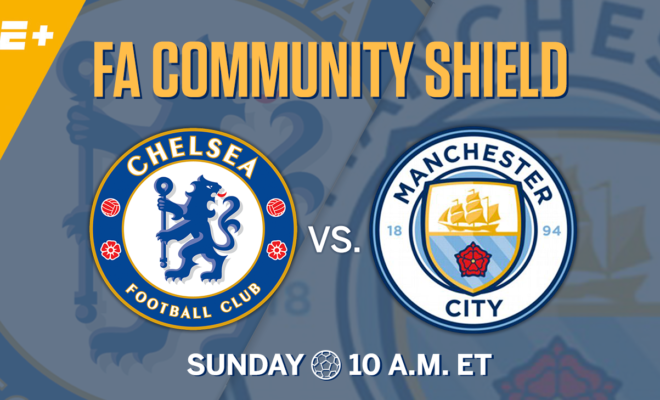 The game will mark new Chelsea manager Maurizio Sarri’s first competitive game in charge of the Blues, as he pits his wits against tactical mastermind Pep Guardiola in what is sure to be an intense affair.

Chelsea succumbed to a penalty shoot-out defeat against Arsenal in the same fixture a year ago and will be looking to make amends.

Guardiola’s City however will have other ideas as he takes charge of only his second cup final as Sky Blues boss.

But is the game live on TV and what time does it kick off?

Kick off is scheduled for 3pm in England and 9pm Thailand time at the home of football.

Live coverage will be shown exclusively on BT Sport 1, beginning at 2pm with Jake Humphrey and co.

How have the two teams been preparing for the new season?

Both Chelsea and Man City have been participating in the International Champions Cup as part of their Premier League preparations.

Chelsea have failed to secure a win in normal time in both of their games, beating Inter Milan on penalties before losing to London rivals Arsenal.

City also had a disappointing build up, losing both of their first two matches against Dortmund and Liverpool, but bouncing back to beat Bayern Munich 3-2.

City will have to cope with the loss of World Cup semi-finalists Kevin De Bruyne and Raheem Sterling as they take extended breaks following their exploits in Russia, while Danilo remains sidelined with an ankle injury.

Guardiola could well hand a debut to £60m signing Riyad Mahrez, while U17 World Cup winning captain Phil Foden may be in line for a start as the Spaniard looks to shake things up.

Chelsea, on the other hand, are missing a number of star names including Belgian trio Eden Hazard, Thibaut Courtois and Michy Batshuayi, as well as World Cup winners N’Golo Kante and Olivier Giroud.

This means Sarri may look to fill the gaps in his team with home grown talent, the forgotten Ross Barkley and 17-year-old Callum Hudson-Odoi both looking in line for starts at Wembley tomorrow, along with new signing Jorginho.